EMBASSY AND CONSULATE FOR FOREIGN CITIZENS IN THE TERRITORY OF UKRAINE 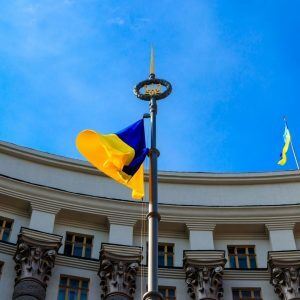 A diplomatic mission is a special institution whose main functions are to maintain relations with the country in which the mission is located, to protect its citizens and provide them with various services and assistance.

For citizens of Ukraine, it sometimes becomes difficult to draw a line between two concepts – an embassy and a consulate, and we often generalize these two words under one phrase – diplomatic representation. In fact, the difference is very obvious. First of all, the embassy deals with political issues – it holds meetings to resolve certain issues, collects information, and so on. The consulate, on the other hand, communicates with local authorities and authorities, deals with the execution of documents – visas, the provision of notary services, certificates and passports, etc., and also helps to resolve other issues of “their” citizen.

In case of a threat to the health or life of a foreign citizen, the provision of various administrative services, advice on various issues and assistance in matters of foreigners, you can first of all contact the embassy or consulate of the “home country” in the territory of the country where the foreign citizen is staying.

Every foreigner knows where the embassy of his country is located in Ukraine (in his absence, where the nearest one is, for example, for citizens of Cameroon or Angola, it is Poland or the Russian Federation), the opening hours and reception days of the institution.

According to the latest data (October 2020), there are 30 general representative offices of Ukraine in different countries of the world in the world. In Ukraine, the term “consular offices” means consulates general, vice-consulates, consulates and consular agencies.

On the territory of Ukraine there is a representative office of almost all countries of the world, which greatly simplifies the life of foreign citizens in some matters. For example, if they are applying for a permanent residence permit for a quota category, and they need to obtain the appropriate certificates for this (a police clearance certificate in the country of citizenship, information certificate of the address of residence in the country of citizenship), you can contact the consulate of your country in Ukraine directly and the desired document, moreover, without leaving the territory of your “native” country. The exception is those countries that can affix the procedure of legalization or apostilization of some documents only on the territory of the country, and not through the consulate. In this case, the originals of the documents received at the embassy are sent by international mail to the country of citizenship of the foreigner, everything necessary is put down there and returned by mail to the consulate of the country in Ukraine. If there is no such exchange of documents, a foreigner will need to go to the territory of his country and draw up documents.