WHEN A HOUSING GIFT CONTRACT IS RECOGNIZED 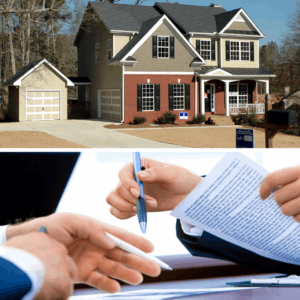 The ground for declaring a transaction invalid under Article 225 of the CC may be the absolute inability of the person at the time of the transaction to understand the meaning of their actions and (or) to manage them. The court’s decision on the invalidity of a transaction cannot be based on an expert opinion based on assumptions.

In addition, cases of recognition of a transaction invalid on these grounds are resolved taking into account both the conclusion of forensic psychiatric examination and other evidence. The incomplete examination of the evidence is the basis for the review of the case by the court of first instance, such conclusion is contained in the decision of the CCC of the Armed Forces of 18 September 2019 in the case No. 311/3823/15-c.

The claim is motivated by the fact that the claimant is the son of the deceased. At the time of his mother’s death, the plaintiff was registered at one of her addresses, so he actually accepted the inheritance that opened after her death. However, in July 2015, it became known to the plaintiff that one month before his death, he had issued a power of attorney to another person and authorized the plaintiff to give the plaintiff’s brother a home that he had made on 7 May 2009.

According to the plaintiff, at the time of the delivery of the disputed actions, his mother did not understand the significance of their actions and could not manage them, since she was a severely ill person who took potent painkillers, which was used by his brother.

In connection with the above, the plaintiff requested to invalidate the power of attorney and the gift contract of the dwelling house; cancel the record of ownership of a brother to this apartment building.

The local court’s decision, upheld by the decision of the court of appeal, satisfied the claim.

In the appeal, the plaintiff’s brother, referring to the misapplication by the courts of first and appellate instance of the rules of substantive law and violation of procedural law, requested the annulment of the appealed court decisions and refer the case for a new trial to the court of first instance on the basis of incomplete investigation of all the circumstances of the case by the previous courts.

The CCA of the Armed Forces granted the cassation complaint in view of the following:

The ground for declaring a transaction invalid under Article 225 of the CC may only be the absolute inability of a person at the time of the transaction to understand the value of their actions and (or) to manage them, and the expert judgment based on assumptions cannot be based on the court’s decision on the invalidity of the transaction.

Cases of recognition of a transaction invalid on these grounds are resolved taking into account both the conclusion of forensic psychiatric examination and other evidence.

At the same time, the courts of first instance and appellate courts, finding the contested transactions invalid, took into account only the conclusion of the posthumous psychiatric examination without taking into account other evidence in the case.

In particular, despite the courts of both instances, the defendant’s arguments that the father and the plaintiff had given the notarized written consent to their deceased wife to grant the disputed home ownership to their son remained.

Thus, in recognizing the gift contract as null and void, the courts disregarded that the disputed homeownership belonged to the heir to the joint co-ownership of the spouse and 1/2 of that house could not be inherited after the death of the mother as it belonged to the plaintiff’s joint co-ownership , who submitted a notarized statement of his consent to the conclusion of the house donation agreement to the defendant in the case.

It is also unreasonable for the courts to conclude that from the contents of family records issued by the Orlyansk Rural Council, the plaintiff could not find out that the defendant was the owner of the disputed homeownership, since it is clear from the content of such certificate that the head of this household is the plaintiff and others are registered members of his family: father, brother, uncle.