THE OCCASION OF OWNERSHIP OWNERSHIP 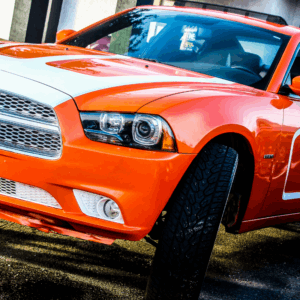 The ownership of the vehicle arises from the moment of its state registration, and not from the moment of transfer of the car under the contract of sale, such conclusion was reached by the CCC of the BC in its decision of October 30, 2019 in case No. 683/2694/16-c.

The lawsuit is motivated by the fact that he bought in 2012 for 56 thousand UAH. in the company car, which was concluded a contract of sale. In fulfillment of this agreement, he was provided with a certificate of registration of the vehicle and a power of attorney for ownership, disposal, use of the specified car. Due to difficult life circumstances and the power of attorney, he did not rent or register the car until 2017, and did not reassert his ownership of it.

In August 2016, he learned that this car was wanted and under arrest for executing a judgment on debt collection in favor of PJSC. In these circumstances, he considered that his rights as the owner of the car were violated, and therefore asked the court to declare his ownership of the disputed car and seize him.

In a cassation appeal filed in June 2017 before the High Specialized Court of Ukraine for Civil and Criminal Cases, the plaintiff’s representative, referring to the misapplication of substantive law and violation of procedural law by the courts, requested the cancellation of these court decisions and the adoption of a new decision to satisfy his lawsuit.

The cassation complaint was motivated by the fact that the courts of first and appellate courts had groundlessly disregarded his arguments that he had a property right from the moment of transfer of the car under the contract of sale of the car, and not from the moment of its state registration.

In the composition of the panel of judges of the First Trial Chamber of the Court of Cassation, the Supreme Court did not grant the cassation appeal, in view of this.

According to Part 1 of Art. 328, Part 4 of Art. 334 of the CC the property right is acquired on the grounds not prohibited by law, in particular from transactions. If the contract of alienation of the property is subject to state registration, the ownership right of the acquirer arises from the moment of such registration.

The procedure of state registration (re-registration), withdrawal from the account of cars, buses, as well as self-propelled cars designed on the chassis of cars, motorcycles of all types, makes and models, trailers, semi-trailers, motor-carts, other similar vehicles and mopeds, approved by the Cabinet No. 1388 (in the version in force at the time of the occurrence of the disputed legal relationship) stipulates the obligation of the owners of the vehicles and persons who operate such facilities legally, or their representatives, to register (re-register) transport no funds within 10 days after the acquisition, or the circumstances that give rise to changes to the registration documents.

It is therefore correct to hold that the courts of first and appellate courts did not transfer the disputed vehicle into the property of the plaintiff, since such a transfer had not been made in accordance with the procedure prescribed by law.

In doing so, the courts correctly referred to the fact that the purchase and sale agreement of July 12, 2012, made in simple written form, without real withdrawal from the registration, re-registration of the vehicle in the above order does not give rise to legal consequences in the form of transfer of ownership from the seller to buyer.