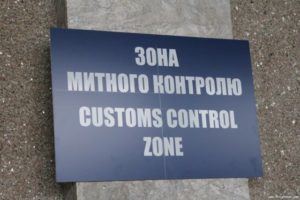 So, 22/09/2016 citizen Little RG on the Ukrainian-Polish border seized consignment of mobile phones iPhone models 7 Black 128 GB TM Apple. According to the Court of Appeal in Lviv oblast on 12.12.2016 in the case # 461/6633/16-P Galician Judge District Court. City from 01/11/2016 to forfeiture of seized goods was abolished accordingly returned goods Little RG
Similarly 22/09/2016 citizen Usik SM seized mobile phones, which according to the Regulation Galician District Court. Lviv on 11.01.2016 in the case # 461/6618/16-P is returned to the owner indicated Decision upheld by a decision of the Appeal Court.
In both cases, the Law Firm “PRIKHODKO & PARTNERS” mobile phones seized from the customs and now transferred to owners.