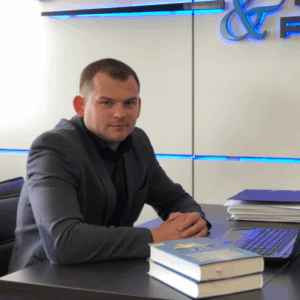 The fundamental rights guaranteed by the Constitution of Ukraine are enshrined in the provisions of the Criminal Procedure Code of Ukraine.

It is during criminal proceedings that people experience the greatest restrictions on such rights. In this regard, their illegal violation automatically leads to a violation of the legal procedure for the investigation of crimes, the recognition of certain evidence inadmissible and, as a result, the recognition of the criminal process as a whole unfair and inadmissible. According to the requirements of the Constitution of Ukraine, the accusation cannot be based on evidence obtained illegally. That is why there are numerous cases of courts passing acquittals on these grounds.

If we talk about ensuring the right to liberty, it concerns first of all the legality of detention of persons on suspicion of committing criminal offenses, in particular the observance of the procedure of such detention provided by the criminal procedure legislation.

An important role is given to the police, which has the right to temporarily, within the law, restrict the rights and freedoms of citizens who have violated the law and are temporarily isolated from society.

But in our democratic state there are subjective factors that sometimes produce violations of the constitutional rights of persons of this category (insufficient possession or deliberate disregard by police officers of the law, its basic basic rules and international legal agreements governing human rights and standards of conduct with detainees).

However, unfortunately, today’s realities show that police officers still resort to the frequent facts of illegal detention of citizens on suspicion of committing crimes, which leads to a violation of the constitutional rights of individuals. In the future, evidence of the guilt of such persons – this is the conclusions of examinations, testimony of witnesses and others, may be recognized by the court as derived from illegal detention, and therefore – inadmissible.

In addition, there are widespread cases of law enforcement agencies committing obvious violations during the detention of citizens.