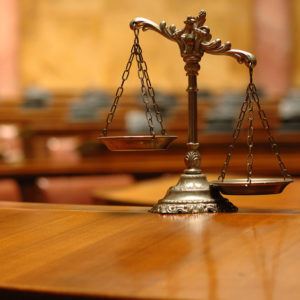 According to the current legislation, the High Council of Justice is a collegial, independent constitutional body of state power and judicial governance, which operates in Ukraine on a permanent basis to ensure the independence of the judiciary, its functioning on accountability, accountability to society, formation of honest and highly professional judges. norms of the Constitution and laws of Ukraine, as well as professional ethics in the activities of judges and prosecutors.

The performance of the tasks assigned to the court and the prosecutor’s office requires from its employees high professionalism, impartiality, honesty, decency and the ability to resist attempts to improperly influence their official activities.

Ethical rules have to promote the establishment of such personal and business qualities. In particular, the Prosecutor General’s Order approved the Code of Professional Ethics and Conduct for Prosecutors, which aims to define the basic principles and moral norms that prosecutors should follow in the performance of their duties and outside the service.

On February 22, 2013, the XI Regular Congress of Judges of Ukraine approved the Code of Judicial Ethics. It was emphasized at the congress that the exercise of the right of everyone to judicial protection on the basis of the rule of law, the administration of justice on behalf of the state of Ukraine solely on the basis of the Constitution and laws of Ukraine, international treaties of Ukraine. requirements for the moral qualities of each judge.

Aware of the importance of their mission, in order to strengthen and maintain public confidence in the judiciary, judges of Ukraine believe that they are obliged to demonstrate and promote high standards of conduct, and therefore voluntarily assume more significant restrictions related to compliance with ethical standards. norms both in behavior during the administration of justice and in extrajudicial behavior.

In carrying out its activities, the GRP actually performs a number of additional tasks, in particular:

– ensuring the effective performance of their professional duties by prosecutors and judges on the basis of the principles of the rule of law, legality, public morality and high culture;

– increasing the authority of the judiciary and the prosecutor’s office and helping to strengthen public confidence in them;

– creating conditions for the development of judges and prosecutors to a sense of justice, responsibility, dedication, adherence to universal moral values, prevention of corruption;

– formation of a principled moral and legal position in relations with colleagues and management.

In fact, the violation of the rules of conduct set out in the above Codes entails disciplinary action, and if such a pattern of conduct is permanent for a judge or prosecutor, which is manifested in the systematic rough treatment of morals and ethical principles, it may be more serious consequences.