The status of a lawyer in a criminal proceeding 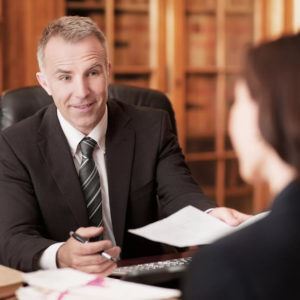 The main duty of the defense counsel in criminal proceedings is to carry out his professional activities in order to ensure respect for the rights, freedoms and legitimate interests of the suspect, accused and to clarify the circumstances that refute the suspicion or accusation, mitigate or exclude criminal liability of the suspect, accused. law and rules of lawyer ethics.

As for responsibilities, they are provided for in Article 47 of the CPC. Participation in the resolution of legal disputes requires the lawyer to comply with certain professional and ethical requirements that ensure the provision of qualified legal assistance. The International Legal Community has adopted a relevant document, which is a set of ethical requirements of the legal profession – General Principles of Ethics of Lawyers, approved by the Board of the International Bar Association in Edinburgh. Their goal is to establish a generally accepted professional standard, which must be met by a lawyer in any country in the world. This document emphasizes that the ethical requirements of the legal profession are the competence of the lawyer, his knowledge and understanding of the law, self-discipline, respect for the interests of the client, and confidentiality in relation to confidentiality.

Some rules of legal ethics have been formulated in the General Code of Rules for Lawyers of the European Community. In particular, this document states that a trusting relationship between a lawyer and a client can arise only if the latter has no doubts about the lawyer’s decency, honesty and integrity. Guided by the rules of law and the rules of professional ethics, a lawyer is always obliged to act in the interests of the client, which for him always prevail over the personal interests and interests of colleagues.

It is also worth mentioning the Rules of Advocacy Ethics, which were approved by the Constituent Assembly on November 17, 2012. The rules of legal ethics are a set of corporate norms that contain mandatory ethical requirements for lawyers and their associations, but they are not a normative legal act. They peredbachayut advokatskoyi ethics principles, including, zokrema is taki as nezalezhnist, dotrymannya zakonnosti, dominuvannya interests of clients neprypustymist conflict of interests, confidentiality, kompetentnist dobrosovisnist ta, ta chesnist poryadnist, povaha to advokatskoyi professions, limiting reklamuvannya advokatskoyi activity. The rules of legal ethics cannot provide for all the variety of issues that arise in the activities of a lawyer, but they are the guideline that allows him to choose the appropriate course of action, and the body,

Ethical norms of legal activity, which are not enshrined in official documents, their voluntary and deeply conscious execution, based on universal notions of goodwill, conscience and conscience, etc., are also of great educational significance. After all, the professional maturity of a specialist cannot be characterized by a certain amount of knowledge, skills, abilities, it also includes the appropriate level of moral development of the individual, his mastery of the moral requirements of this profession.