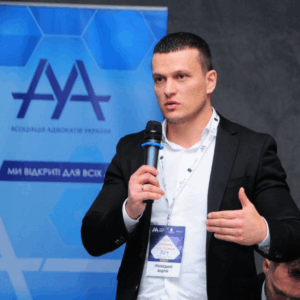 Considering such a phenomenon as corruption in the dimension of transnational social and legal and, undoubtedly, negative phenomenon, there is no need to clarify that it is massive, permeates all spheres of both public and public sectors not just in two, but in many countries around the world.

This is the most common and most complex type of economic crimes of a transnational nature, the counteraction of which is impossible without the participation of states in international legal cooperation in this area. Such participation is a guarantee of solving many problems related to corruption, as well as the implementation of domestic strategy to combat it.

In the international arena, corruption has long been perceived as a serious threat to national security, the functioning of public authorities on the basis of law and order, the rule of law, democracy and human rights, equality and social justice; complicates economic development and threatens the foundations of a market economy. More than two millennia ago, this was the main factor of political change, as a phenomenon that inevitably causes the fall of incompetent regimes and their change by a stronger government.

According to G. Akhmetova, theoretically the emergence and existence of corruption becomes possible from the moment of allocation of management functions in public or economic activity. It is then that the public official has great opportunities to dispose of various resources, as a result of which he often makes decisions not in the interests of society, but based on their personal, selfish needs. Historically, this process must date back to the formation of the first class societies and state formations in the ancient centers of human civilization: Egypt, Mesopotamia, India, China, ie in the III-II millennium BC, as evidenced by archaeologists and historians found religious and literary sources. Thus, in one of the oldest texts there is a clear confirmation that the Egyptian kings accepted offerings. However, the attitude to the manifestations of corruption was different, for example, in ancient India, bribes were treated leniently as a phenomenon that must be accepted as it is. Given that the state power had to be supported and protected by someone, and the functions of modern law enforcement agencies were performed by the army, which had much more rights than now, it can be argued that corruption in law enforcement agencies arose with corruption in general.

In ancient Rome and Athens, the fight against corruption was primarily a matter of group morality and social control. Indeed, certain policies have been taken in these policy states to limit the risk of undercover services and transactions. For example, members of councils or assemblies were often chosen by lot, believing that chance was the best guarantee of objectivity. Short terms without re-election were set for elected positions. In ancient Rome, for example, the praetor, like most masters, was elected for one year and performed his duties for free. But such a system created the possibility of bribing voters by wealthy citizens. In his court speeches, Cicero cited many facts of abuse in the election of the praetor, as well as other magistrates and in the performance of their duties.

In countries with a monarchical form of government, the main corruptor was the monarch, who granted privileges and privileges, lowering them from top to bottom in hierarchical steps. Due to the skillful distribution of titles, privileges and positions (as well as the constant threat of losing this favor), the monarch manipulated his surroundings. For example, in the Russian Empire, officials were appointed according to origin, ie preference was given not to personal qualities, but according to the hierarchy of surnames.

The wealth of the church in the Middle Ages also led to the flourishing of corruption. At the same time, at that time the concept of “corruption” had primarily a religious significance – deception, the temptation of the devil. Corruption in Catholicism was considered a manifestation of sinfulness. According to the Apostle John, the sin of corruption is lawlessness. The practice of trading in indulgences, buying and selling church ranks not only contradicted the foundations of Christian doctrine, but was itself corruption in the modern sense of the phenomenon.

Accordingly, the current existence of the analyzed phenomenon is historically determined and quite natural. For millennia, corrupt practices have either been encouraged or banned. It is clear that this was done in different ways, by different authorized entities and with the use of tools that met the needs of the time. However, it should be understood that corruption is, first and foremost, a conscious choice of everyone, whether active or passive.

In particular, to confirm this, it should be noted that the definition of corruption as a social phenomenon, tried to find Aristotle, Plato, Thucydides. They created the first known model of corruption – the “moral model”, which explained human imperfection by an obstacle to a legitimate society. Niccolo Machiavelli compared the social evil of corruption to such a then-common disease as starvation. According to him, the wisdom of the rulers was to detect the disease in a timely manner and find treatments. Another brilliant European scholar, Thomas Hobbes, wrote: “People who are proud of their wealth boldly commit crimes in the hope that they will be able to escape punishment by corrupting the state justice system or apologizing for money or other forms of reward.“ From Hobbes’ point of view, corruption “is the root from which contempt for all laws arises at all times and under all temptations.“ These statements are unconditional proof of the spread of corruption to the law enforcement agencies of that time. We must also mention the statement of Karl Marx: “Show capital a profit of three hundred percent, and there will be no crime that he will not commit…“. Max Weber, introducing into scientific circulation the concept of “tolerant functionalist”, on the contrary, believed that corruption can be positive and functional in public-private relations, provided that it strengthens the position of elites who guarantee the acceleration of change in society.

The problem of corruption is reflected in the works of educators-encyclopedists: Zh.Zh. Rousseau, S. Montesquieu, F. Bacon and others. In these works, corruption is seen as a social disease, a dysfunction of society.

But in the twentieth century, the study of corruption has become unfashionable. Capitalism tried to prove its superiority, and for this the facts of corruption had to be silenced. The situation was similar in the Soviet Union, where the possibility of corruption on one-sixth of the land was not recognized at all. And only in the last decades of the twentieth century in the West realized the damage caused by corruption to all spheres of society, but at that time there were no scientific schools with their achievements in studying this phenomenon.

Thus, despite the recognition or concealment of the facts of corruption in the world, a large part of the “leaders of views” at one time spoke negatively about the state of corruption of public and state institutions or the privileged attitude of the state to individuals with excessive wealth. We share the opinion of Niccolo Machiavelli that any manifestation of corruption is, first of all, a national disease, which in cross-border affairs with other countries openly exposes opponents to danger, thus creating a basis for mass infection – the emergence of corruption by transnational social and legal a phenomenon that can last for millennia. Accordingly, we are able to observe this state of affairs in today’s conditions.