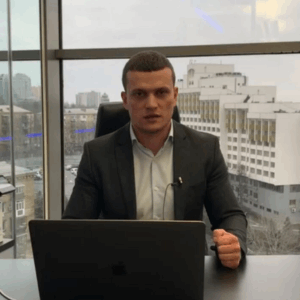 On February 3, 2020, a session of the Pechersk District Court of Kyiv was held, with the participation of the prosecutors already updated by the Attorney General’s Office. A case was heard about changing a measure of restraint of one of the clients of JSC “Prikhodko & Partners”.

In short, how things were going

December 13, 2018 GSU NPU our Client has been notified of suspicion of committing a criminal offense under Part 4 of Art. 190 of the Criminal Code of Ukraine.

On December 13, 2018, the SSU NPU filed a request for the application of a preventive measure in the form of detention for a term of 60 days, with the determination of the amount of collateral in the amount of damages 2 000 000 UAH. and responsibilities. On the same day, thanks to the active position of the lawyers of JSC “Prikhodko & Partners”, investigating judge of the Pechersk District Court of Kyiv, IV Grigorenko. a decree was issued whereby the amount of the mortgage was reduced to 1,500,000 hryvnias in the national currency.

On December 14, 2018, the attorneys pledged bail and action was taken to release the Client immediately. On June 6, 2019 the amount of the mortgage was reduced by UAH 251 350. – the funds have been returned to the Client.

On February 13, 2020, the measure of restraint was changed to a personal commitment and the entire security deposit was returned.

The judge found that the validity of the suspicion of committing a criminal offense was not confirmed by the evidence collected in criminal proceedings, and the risks identified in Art. 177 of the CPC of Ukraine have not been proven.

The client did not interfere or interfere with the criminal proceedings, appeared on all calls of the investigator, prosecutor, court. The defense may not influence the course of the pre-trial investigation, as well as destroy, hide or distort any of the things or documents that are essential for establishing the circumstances of the criminal offense. since during such a large period of the pre-trial investigation all the evidence had already been collected, the documents had already been seized, the witnesses had been interviewed, the examinations and other investigative actions had been carried out, etc.

The court also took into account that the Client has been performing the duties assigned to him by the court for a long time – more than 12 months, properly, impeccably and carefully. He has no comment on the bodies of the pre-trial investigation, prosecutor or court. He has no intention of hiding from the bodies of pre-trial investigation and / or court, since he has no strong social ties, family, permanent and unique place of residence, convinced of the unreasonableness of his suspicion, which is confirmed by the scientific and legal conclusion of the criminal law specialist and evidence # 12 dated 12/04/2019 LLC “Research Information Advisory Center”. Moreover, he has not been tried before, has a good reputation and characteristics, and is not registered in psychoneurological and narcological dispensaries.

For the entire period of pre-trial investigation, from 5 April 2018 to the present day, the investigation has not established any fact of unlawfully influencing the victim, witness, other suspect, accused, expert, expert in the same criminal proceedings. Moreover, all employees who worked with our Client have already been questioned as witnesses, their impressions are recorded.

Any evidence that would refute the foregoing or allow the court to consider that the Client will evade the performance of the procedural duties assigned to him, and will endeavor to take the actions provided for in Art. 177 of the Criminal Procedure Code of Ukraine, the parties to the indictment are absent.

According to Part 2 of Art. 177 of the Criminal Procedure Code of Ukraine investigator, prosecutor have no right to initiate the application of a preventive measure without the grounds for this Code provided for this.

According to Art. 178 of the CPC of Ukraine, in resolving the issue of the choice of preventive measure, in addition to the presence of risks specified in Article 177 of this Code, the investigating judge, the court on the basis of materials provided by the parties, is obliged to evaluate in aggregate all circumstances, in particular, the absence of any significant evidence of the criminal offense of the suspected criminal offense, the presence of a positive reputation and the absence of any negative characteristics, the moderate financial status of the suspect and no convictions those who comply with the conditions of the pre-trial measure in force, the absence of any other suspicion of committing other crimes.

The prosecution party did not provide any evidence to show the Client’s involvement in the crime. None of the documents presented by the prosecution as evidence contains a reference to our Client’s identity, and the bail selected against the latter is an alternative to the most severe pre-trial detention.

At the place of residence he is characterized from the positive side, on all challenges of the prosecution side appears on time. For the last 12 months, he has been deprived of the opportunity to work, develop and ensure a normal existence.

According to Part 4 of Art. 182 of the CPC of Ukraine, the amount of collateral shall be determined by the investigating judge, the court taking into account, in addition to the circumstances of the criminal offense, the property and marital status of the suspect, other data about his person and the risks provided for in Article 177 of this Code. The amount of the bail must sufficiently guarantee the performance of the suspect, the accused, the duties assigned to him and cannot be deliberately exorbitant for him.

It should also be noted that the client’s family did not and did not have any cash deposited. The suspect had to be repaid a considerable amount of money at the request of the lender, who had applied for a refusal to continue to act as a pledgee in criminal proceedings, did not intend to act as a guarantor of the due process of the suspect and insist on the constitutional right to manage his quality collateral.

In deciding whether to modify a suspect’s pre-trial detention, the investigating judge should take into account not only the provisions of the CPC, but also the requirements of Article 5, paragraphs 3 and 4, of the Convention on the Protection of Fundamental Freedoms and the case-law of the European Court of Human Rights freedom and personal integrity are possible only in cases provided by law in accordance with the procedure established by law. However, the risk of arresting a suspected defendant from justice cannot be assessed solely on the basis of the severity of the possible court decision.

In addition, the issue of return of bail is delayed indefinitely, as on 03.07.2019 the senior investigator in the police department of the State Security Service of Ukraine, with the agreement with the prosecutor of the department of procedural management of pre-trial investigation and support of the state prosecution of the Prosecutor General’s Office of the suspension of suspension execution of procedural actions in the framework of international cooperation, which is a gross violation of the Constitutional rights of the pledger in the use of own property (in particular monetary and prices).

The court must take into account the need for a safeguard for normal existence, and the use of a precautionary measure in the form of collateral deprives it of such a possibility, since the amount of money that was made as an alternative to the most severe precautionary measure (detention) is significant and needs to be returned (worked out) by the mortgagee.

According to Part 1 of Art. 201 of the CPC of Ukraine, a suspect to whom a measure of restraint is applied, his defense counsel has the right to file in a local court within the territorial jurisdiction of which, in the course of a pre-trial investigation, a request for change of the measure of restraint, including the cancellation or modification of additional duties provided for in part 5 of Article 194 of this Code and assigned to it by an investigating judge, a court, or a change in the manner of their implementation.

According to Part 3 of Art. 201 of the CPC of Ukraine were questioned during the consideration of the petition, by the pledgee, who would confirm the fact of the necessity to return his security. In view of the above, the court concluded that there was no need to apply the suspected above measure – it can and should be changed by another – to a personal obligation.

The lawyers of JSC “Prikhodko & Partners” and personally I am Andrii Prikhodko, we always work not for the sake of process, but for the sake of result. We are always open to dialogue on the most complex criminal proceedings, we are able to work in a team with other attorneys, we always choose non-standard defense tactics that produce results.