THE CONCEPT AND MECHANISM OF THE ACCIDENT 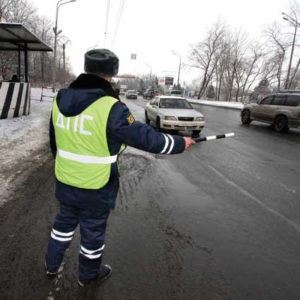 As a rule, road accidents occur as a result of violation of traffic rules by drivers, pedestrians, passengers, cyclists, as well as as a result of gross violations of rules of technical operation and improper control over the condition of roads and traffic regulation.

Violations of traffic rules by drivers most often consist of: exceeding the safe speed during maneuvers (turning, overtaking, etc.), getting on a section of road with worse characteristics; aggravation of the road situation; non-compliance with the order of passage of intersections; failure to issue a warning signal; incorrect calculation of the minimum way to stop traffic at different speeds and condition of the road surface; ignoring traffic lights, road signs and signs, road marking requirements; failure to observe a safe distance; sudden departure from its range of traffic and blinding headlights; parking on the roadway without lights; violation of the rules of passenger transportation; intoxicated state of the driver, his work, exceeding the allowable time limits, after which there is fatigue and others.

According to the Civil Protection Code of 2012, a traffic accident is an event that occurred during the movement of a road vehicle, as a result of which people died or were injured or property was damaged. The level of emergency in case of a traffic accident is determined in accordance with the Procedure for classification of emergencies of man-made and natural nature, approved by the Cabinet of Ministers of Ukraine.

According to statistics, in 2018, more than 153 thousand road accidents were recorded in Ukraine, ie almost 420 cases daily. A traffic accident can be imagined as a dynamic process, a certain interaction of its constituent elements: road users (usually drivers and pedestrians), a complex technical system (motor vehicle), information system and road situation.

In this case, the mechanism of a traffic accident means a set of intermediate states and processes that form the consequences on the interacting objects in a materialized form, at the pre-accident, emergency and post-accident stages of the road accident.

The method of accident as an independent element of forensic characteristics due to the uniqueness of this type of crime is often considered from the standpoint of behavior in the pre-emergency situation, a way to prevent and prevent the occurrence of harmful consequences or reduce their severity.

In an accident we can distinguish three phases: