STRENGTHENING CRIMINAL LIABILITY FOR STEALING OR FALSE OF DOCUMENTS 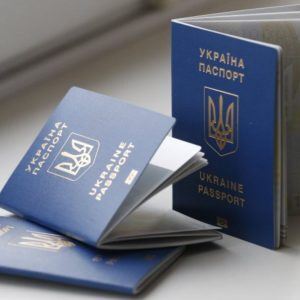 To date, the percentage of cases of forgery of documents that confirm the identity of a person, his citizenship of Ukraine or special status in Ukraine has increased, as well as documents on the basis of which the aforementioned documents are drawn up. Referring to the increase in such cases, the head of the SMS of Ukraine put forward for consideration by the Verkhovna Rada a bill developed by the SMS of Ukraine, which was adopted in the first reading regarding the strengthening of criminal liability for forging such documents.

In context, I mean documents such as:

Accordingly, if they are forged, it is possible to take possession of other people’s property, finances, avoid liability for an offense, illegally cross the border, etc.

In his speech, when arguing in defense of this bill, the head of the SMS of Ukraine Sokolyuk spoke, who focused his attention on the fact that today the level of forgery of documents has grown to such a level that there are even virtual online stores where you can purchase any document for order. At the same time, the criminal organization also carries out illegal movement of persons across the border of Ukraine and legalizes foreigners in Ukraine on the basis of fictitious or forged facts and documents. Also, Sokolyuk noted that the main reason for such actions is simple impunity. According to the legislation, for this kind of violation, the sanction exists only in the form of a fine, namely, in the amount of 850 hryvnia.

With the bill, they want to amend the Criminal Code of Ukraine, namely, Articles 357 and 358, as well as supplement it with Article 358-1, which asks to fix the following:

We can only hope that the introduction of such changes and their consolidation at the legislative level will make it possible to reduce, and in the best case, eliminate forgery of documents, their sale and distribution.