SEARCH IN A RENTED APARTMENT 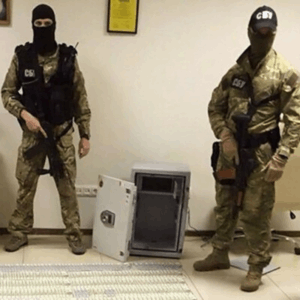 A search of a rented part of an apartment without the tenant’s consent is a clear violation of his right to a home. And the evidence obtained in this investigation is inadmissible.

The circumstances of the case

According to the verdict of a local court, the person was convicted under item 6 of Part 2 of Art. 115; Part 4 of Art. 187 of the Criminal Code and on the basis of Part 1 of Art. 70 of the Criminal Code on the aggregate of crimes before the final punishment of imprisonment for a term of thirteen years with confiscation of all property belonging to him on the property right.

Disagreeing with this verdict, the prosecutor, the accused and his defense counsel appealed to the court of appeal.

The defender emphasized the admission of the inadmissible evidence of the inspection of the scene of the incident, which was in fact a search of the defendant’s home, since he did not give permission for his conduct. In addition, there is no decision by the investigating judge to authorize this investigative action.

Position of the Supreme Court

However, such conclusions of the panel of judges regarding the absence of violations of procedural law requirements are unmotivated, since the defense party emphasized not conducting it in the absence of the suspect, namely conducting house searches without legal grounds, since, despite the fact that the person is the owner of the whole apartment, he had no right to give permission to inspect the part of the apartment he had rented at the time the accused, so conducting this investigative action without the approval of the investigating judge or the permission of the person who on legal grounds fact Dwelling ychno enjoyed it, it was an absolute violation of the right to inviolability of the last housing.

Considering that during this procedural action certain things were withdrawn, which were subsequently recognized as material evidence, a number of examinations were conducted, the arguments of the cassation complaints about the need to provide a proper assessment of the derivative evidence obtained as a result of this procedural action are justified.

In such circumstances, the decision of the Court of Appeal cannot be considered legitimate and justified, and the violations of the requirements of criminal procedural law allowed by this court in accordance with the provisions of Part 1 of Art. 412 of the CCP are essential, that is, which prevented the court from making a lawful and substantiated judgment.