REPRESENTATIVES OF THE PUBLIC ADMINISTRATION IN THE FIELD OF PREVENTION AND FIGHT AGAINST CORRUPTION IN UKRAINE: CLASSIFICATION ASPECT 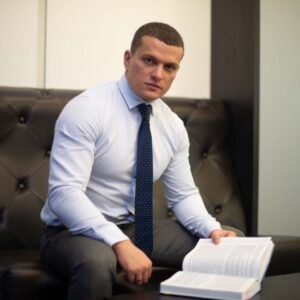 Among the entities authorized by the state to take measures to prevent and combat corruption and in respect of which it outlines the general directions for the exercise of their powers, most researchers distinguish three groups:

2. Entities with special powers – take measures to prevent and counteract it, directly detect, stop or investigate corruption offenses or related to them:

3. Entities with the authority of a participant in anti-corruption measures – entities that have the right only to participate in preventing and combating corruption. However, in certain cases they have the right to take measures to stop corruption offenses, to promote the restoration of violated rights or interests of the state, individuals and legal entities, to participate in information and research support of measures to prevent and combat corruption, to be involved in the following measures:

In addition to the above, O. Ivanov believes that it would be appropriate to add another group to the classification – 4) specialized anti-corruption entities.

In our opinion, it is expedient to classify representatives of the public administration in the field of prevention and counteraction to corruption into the following groups:

4. Implementers of anti-corruption policy – state bodies, their subordinate bodies which are obliged to implement a specific anti-corruption measure; private sector enterprises, as well as individual citizens or their associations – by consent;

5. Formulators of anti-corruption policy – NAPC and the Cabinet of Ministers of Ukraine;