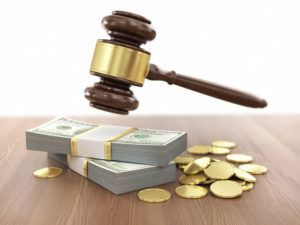 It has been a long time since the amendments to the CPC of Ukraine came into force regarding the possibility of appealing a notice of suspicion. The case law formed during this time testifies to the reluctance of investigating judges to analyze the declared suspicion and verify the evidence on which it is based, referring to the fact that the evidence is examined by the court in considering the case on the merits. Thus, investigating judges in fact ignore the function of judicial control over the observance of the rights, freedoms and interests of persons in criminal proceedings.

But what to do to the defense, when the body of pre-trial investigation, in fact ignoring the rules of procedure, unreasonably enters information about the declaration of suspicion in the ERDR and continues to carry out further proceedings in the light of such an event?

Defendants should challenge such actions, not limited to the procedural wording of the requirements, and set out in more detail the legal position on each ground for declaring an act or omission illegal by the pre-trial investigation body.

In this way the notice of suspicion was actually “canceled” by the Court of Appeal of the Nikolaev area.

“The service of a notice of suspicion must be duly confirmed by the person who received the notice or is otherwise acquainted with its contents. The mere fact of sending it by mail is not proof of delivery. ”

Thus, the investigator issued a notice of suspicion to the person and on the same day sent a message by registered mail.

Subsequently, the investigators entered information into the ERDR in the said criminal proceedings concerning the notification of suspicion.

At the same time, the postal item from the notice of suspicion was not actually delivered and was returned to the investigator with a note about the impossibility of delivery.

And, since the postal item was not received by the addressee, accordingly, the notice of suspicion cannot be considered delivered.

There is no appeal against the inaction of the investigator regarding the exclusion of information from the ERDR of the CPC of Ukraine, but it is possible to include such requirements in the complaint against the report of suspicion.

In accordance with paragraph 10 of Part 1 of Article 303 of the CPC of Ukraine in pre-trial proceedings  may be appealed notification of the investigator, prosecutor of suspicion .

In the present case, the defense appealed to the investigating judge against the suspicion of criminal proceedings. One of the requirements of the complaint was to oblige the investigator to exclude information from the ERDR about the date and time of the notification of suspicion. The investigating judge denied the complaint because Art. 303 of the CPC of Ukraine does not provide for an appeal against such inaction. This decision was appealed on the basis of the direct effect of the Constitution of Ukraine.

The Court of Appeal of the Nikolaev area satisfied the specified appeal in this part in view of the following.

According to Art. 42 of the CPC of Ukraine, a suspect is, in particular, a person against whom a notice of suspicion has been drawn up, but not served on him due to failure to establish the person’s location, but measures have been taken to serve in the manner prescribed by this Code.

So, the Court of Appeal of the Nikolaev area came to the conclusion that arguments of the defender that the notice of suspicion, actually isn’t handed over to his client – are correct as investigators aren’t provided with proofs of performance of requirements of h. 2 Art. 135 of the Criminal Procedure Code of Ukraine.

The mere fact of sending a notice of suspicion by mail is not proof of service of his notice. Because, in accordance with the provisions of Art. 136 of the CPC of Ukraine, such service must be duly confirmed by the person who received the notification or acquainted with its contents in another way.

Although the arguments regarding the factual unfoundedness of the suspicion were not taken into account by the court, I believe that a significant violation of the rules of procedure by the investigator allowed the defense to deprive the Client of the status of a suspect.