REFUSAL IN REGISTRATION OF PERMISSION FOR IMMIGRATION TO UKRAINE 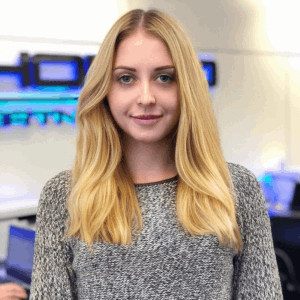 The main procedure and procedure for issuing a permit for immigration to Ukraine are regulated by the Law of Ukraine “On Immigration” and the Procedure approved by the Resolution of the Cabinet of Ministers of Ukraine №1983 dated 26.12.2002 (as amended). According to the Law, there are grounds for obtaining a permit for immigration to Ukraine, which in the future gives a foreign citizen the opportunity to obtain a permanent residence permit.

The most common grounds on which the proceedings for obtaining a permit are carried out are:

The reasons for refusing to issue an immigration permit are provided for by the Law, namely Art. 10. According to statistics from various sources, refusals to issue immigration permits have increased over the past two years. According to unofficial data, this is being done to reduce immigration processes to Ukraine and to combat illegal migration. The most common reasons for refusing to obtain an immigration permit, the migration service authorities indicate Art. 10, part 1, item 4.6. According to the Procedure, after receiving documents from the applicant, the divisions of the migration service, within a month, carry out a comprehensive check of documents, the existence of the grounds provided for by the Procedure, and also, within the framework of their competence, check the presence or absence of grounds for refusing to issue an immigration permit, provided for in Art. 10 of the Law – sending, receiving and studying at the same time responses to requests from the regional bodies of the SBU, the Office of the Ukrainian Bureau of Interpol and the State Border Service. Based on the results of the relevant inspections, these bodies provide a response to the request.

Often, the migration service receives information letters from the SBU, which say that the SBU considers it correct to deny a foreign citizen a permit because the foreigner does not reside at the specified address in the application for an immigration permit. Accordingly, the migration service accepts these responses to requests for attention and denies permission to the foreigner and regards it as knowingly providing false information, and without having any other reason for refusal.

The specialized lawyers of the Prikhodko & Partners Law Firm will help you in resolving such issues in relations with the Migration Service. They will provide you with a full consultation, analyze your documents and provide you with guarantees of a successful outcome of the case, that is, in obtaining an immigration permit.