QUESTIONS OF LAW OF “CORRUPTION” PROTOCOLS OF THE NATIONAL POLICE 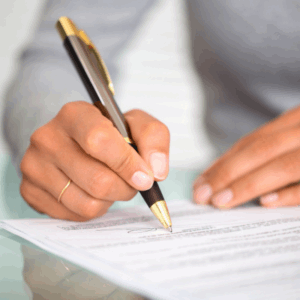 There is only one small nuance – the right to carry out inspections of compliance with anti-corruption legislation is not endowed by the Department of National Defense of Ukraine.

Repeatedly reviewing material about administrative violations, you can find documents that indicate the need to submit documents in the framework of an inspection or reports confirming the permission to write protocols after the so-called verification, but one should pay attention to the fact that it became the basis for making the protocol, how was it discovered that the anti-corruption legislation was not observed.
In accordance with Part 1 of Art. 4 of the Law of Ukraine “On Prevention of Corruption”, the National Agency for the Prevention of Corruption (hereinafter – NAZK) is a central executive body with a special status, which ensures the formation and implementation of state anti-corruption policy.

According to clause 6 part 1 of Art. 12 of the Law of Ukraine “On Prevention of Corruption”, the National Agency, in order to fulfill its powers, has the following rights: to receive applications from individuals and legal entities for violation of the requirements of this Law, conduct on its own initiative an examination of possible violations of the requirements of this Law.
Consequently, the special law regulating the prevention of corruption, the right to conduct checks on compliance with the legislation on the prevention of corruption belongs exclusively to the NSC, and not to other specially authorized actors in the field of combating corruption.

According to the paragraph 1, 2 of the Procedure for conducting inspections, the verification act with the draft decision provided for in paragraph 9 of Section V of this Procedure and materials confirming the facts of commission of offenses shall be submitted to the nearest meeting of the National Agency. Following a review, the National Agency may decide on:
– making an order;
– submission of a conclusion on the presence of signs of a corruption offense or corruption-related offense specifically authorized to act in the field of combating corruption;
– sending a protocol on an administrative offense and the attached materials to the court;
– application to court with a claim (declaration) regarding the recognition of unlawful legal acts, individual decisions issued (taken) in violation of the requirements and restrictions established by the Law of Ukraine “On Prevention of Corruption”, the recognition of invalid acts made as a result of the commission of a corrupt or related with corruption of the offense;
– appeal to a court with a claim to establish relevant facts that evidence that funds allocated from the state budget to finance the statutory activities of a political party used by a political party to finance its participation in relevant elections or for purposes not related to the implementation its statutory activities in accordance with the Law of Ukraine “On Political Parties in Ukraine”.

That is, only after the NSC inspection has been carried out and the NACC has sent a conclusion to specially authorized counter-corruption actors (including the National Police), the latter have the power to file an administrative offense record.

At the same time, once the violation of the sequence of such actions (drawing up a protocol without the conclusion of the NSC), it is worth pointing out the judgment of the European Court of Human Rights in the case of Yaremenko v. Ukraine, which stated as follows:
“… The question which the Court must resolve is to determine whether the proceedings in general were fair, including the manner in which evidence was obtained. In doing so, the relevant “illegality” must be assessed and, if it concerns the violation of another convention law, the nature of the violation found must be assessed (see, for example, Khan v. The United Kingdom, N 35394/97 , § 34, ECHR 2000-V, PG and JH v. the United Kingdom, N 44787/98, § 76, ECHR 2001-IX, and Allan v. the United Kingdom ( Allan v. The United Kingdom), No. 48539/99, paragraph 42, ECHR 2002-IX).

In addition, the quality of such evidence must be taken into account and, in particular, whether the circumstances under which they were received arise, any doubt as to their reliability and accuracy … “.
Among other things, the European Court of Human Rights, when it comes to a fair trial, applies the concept of “fruit of a poisonous tree”, that is, the assessment of the admissibility of the entire chain of evidence based on one another and not of each individual evidence is autonomous. Nevertheless, the European Court of Human Rights proceeds from the fact that, in the inadmissibility of one evidence in a single chain, the court should in such a case decide on the fairness of the trial as a whole, for example, a judgment in the cases of “Khan v. The United Kingdom”, “Yaremenko against Ukraine (No. 2) “.