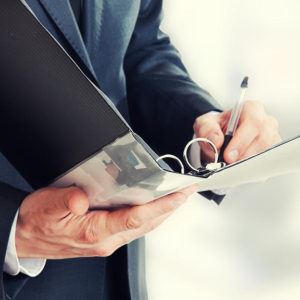 Law enforcement agencies seek to report as often as possible on the exposure, detention and other progress in the fight against corruption as one of the most painful public problems. With the election campaign gaining momentum, the number of open criminal proceedings against corrupt officials or those who want to be portrayed as such in the media is likely to increase. In view of this, it is necessary to keep in mind certain features of corruption crimes, which also determine the specifics of the work of a lawyer in defending clients in such cases.

An exhaustive list of the nineteen crimes that are considered corruption is given in the note to Art. 45 of the  Criminal Code of Ukraine  (hereinafter – the Criminal Code). The most common and at the same time complex of them can be considered as follows:

1) Abuse of power or official position (Article 364 of the Criminal Code);

2) Abuse of authority by an official of a legal entity of private law, regardless of the organizational and legal form (Article 364-1 of the Criminal Code);

3) Acceptance of an offer, promise or receipt of an illegal benefit by an official, or in the past – “bribery” (Article 368 of the Criminal Code);

5) Bribery of an official of a legal entity of private law, regardless of the organizational and legal form (Article 368-3 of the Criminal Code);

6) Offer, promise or provision of illegal benefit to an official (Article 369 of the Criminal Code);

Thus, in corruption crimes, the law excludes almost all cases of release of the accused from criminal liability. For the defense in such proceedings, this means that if the pre-trial investigation fails to close the proceedings for lack of corpus delicti, there is no alternative to “working towards” release from criminal liability due to sincere repentance, reconciliation with the victim, bail or change of circumstances. .

In corruption crimes, the only possibility for release from criminal liability is left by the legislator as the expiration of the statute of limitations, ie the situation when two to fifteen years have passed from the date of the crime to the day the sentence enters into force, depending on the gravity of the crime. In practice, such a ground can be used very rarely due to the length of the statute of limitations, so it can be argued that a person accused of a corruption crime is in fact deprived of the opportunity to count on release from criminal liability.

The situation of the accused is further complicated by the fact that when sentencing for a corruption crime he cannot count on the so-called “conditional term”, which is actually defined by Article 75 of the Criminal Code as release from serving a probation sentence. In cases of all other crimes, except corruption, the court on the basis of the specified norm of Art. 75 of the Criminal Code, when imposing a sentence of imprisonment for a term not exceeding 5 years, could, taking into account the circumstances of the case and the perpetrator (for example, given his no criminal record, good performance, public service in the past) release the person from actual imprisonment his obligation to perform certain actions during the probationary period. As a rule, such a duty was a regular visit to the probation body at the place of residence, the rest of the time the convict remained free,

Full, unconditional release from serving the sentence provided by Art. 74 of the Criminal Code, for corrupt officials is also completely excluded, while for other crimes it is possible if the court concludes that the accused can not be considered a socially dangerous person because of his impeccable behavior and conscientious attitude to work.

The sad conclusion for those convicted of corruption is that they cannot count on any release from serving their sentences. This means that even if the court finds sufficient time for punishment, for example, one year in prison, the corrupt person will still have to actually spend that year in a penitentiary institution.

Convicts for corruption crimes cannot count on a milder punishment than provided for in the article, as well as on parole before serving two thirds of the actual serving of the sentence.

The legislator has enshrined a fundamentally strict attitude to corruption crimes, given that the strategy and tactics of lawyers in relevant cases also have certain features.

Usually, working with the suspect, the lawyer determines the defense strategy together with him from the very beginning. The basic provisions are chosen: either to drop the charges completely, hoping to close the proceedings with a prosecutor or an acquittal, or to reduce the possible serious consequences for the client, counting on a milder punishment.

The closure of criminal proceedings or acquittals is obviously a “maximum program” for protection, as in other non-corruption cases. There are no significant differences in achieving this goal, traditionally attention should be paid to the admissibility of the prosecution’s evidence and whether they prove the guilt of the defendant beyond a reasonable doubt. It is possible to allocate as feature cases with charge according to Art. 368 of the Criminal Code, where the defense may prove the fact of provocation by law enforcement agencies to obtain an illegal benefit (“bribe”), which in view of the case law of the European Court of Human Rights can sometimes save the case.

In the same case, when the client agrees to further work to reduce the possible negative consequences of finding him guilty of committing a corruption crime, various means can be used.

As one of the possible options for defense – to analyze and point out to the prosecution and the court the need to change the qualification of the act from corruption to “non-corruption” crime, because it will avoid all of the above restrictions. At the same time, if the prosecutor’s office stubbornly continues to accuse of a corruption crime, the court, given the work done by the defense, in passing sentence, has the right to go beyond the accusation and qualify his actions under the “non-corruption” article of the Criminal Code. For example, if an official is accused of abuse of power (Article 364 of the Criminal Code), but he admits in this situation his guilt in the form of negligence (Article 367 of the Criminal Code), which is not a corruption crime, he has a chance to be released from criminal liability or from serving a probation sentence. In favor of protection at the same time plays that that the court cannot go beyond the prosecution if it worsens the condition of the accused. That is, it will not be worse than reasonable attempts to change qualifications.

It is also possible to find or create mitigating circumstances. Compensation for damage, assistance in solving the crime, repentance, reconciliation with the victim of a corruption crime can not serve to release from criminal liability, but this does not preclude the possibility of recognizing them as mitigating circumstances, because the court under Art. 66 of the Criminal Code can recognize such circumstances as anything. Therefore, one of the recommendations to a person who does not see real prospects to be acquitted is the maximum elimination of the negative consequences of the illegal act, filling the case materials with evidence that increases the positive characteristics of the person. This may take into account such circumstances as non-prosecution in the past, a positive career path, positive feedback from reputable NGOs, in particular,

We should not forget that for corruption crimes, as well as for others, the circumstances that exclude the criminality of the act listed in section 8 of the Criminal Code are in full force. In the context of a charge of corruption, the following circumstances may sometimes be used, such as the execution of an order or instruction, an act involving a risk, physical or mental coercion, or extreme necessity.

In general, practice shows that protection against allegations of corruption is more difficult, but possible if you use as much as possible to defend the interests of the client.