PRINCIPLES OF ADMINISTRATIVE AND LEGAL ENFORCEMENT OF PREVENTION AND ANTI-CORRUPTION IN UKRAINE: ON THE ISSUE OF TERMINOLOGICAL DEFINITION 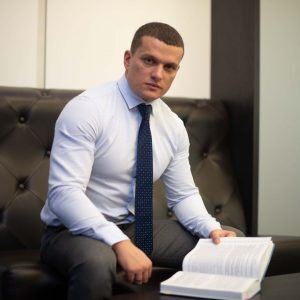 Introduction. Activation of integration processes of the end of the XX – beginning of the XXI century. in the world and, in particular, on the European continent, to develop uniform legal standards that meet the modern needs of civilized social development, require streamlining and standardization, and possibly restructuring of the national legal terminology.

To clarify, terminology does not exist in language in isolation, but in dialectical unity and interrelation with all layers of the common language, so the name of special concepts enshrined in a particular terminology is considered a relatively independent process of terminological nomination, which is a kind of common language mechanism.

Using the surrounding world as an object and language as a means, terminology represents fragments of knowledge in all their complexity and conditionality of connections. In terms of knowledge representation, terminology does this by means of language. The main objects are terms. If you look more closely, you can see the different content of the terms. Some of the terms denote simple concepts, and some – concepts that have a much more informative content. The latter are often called concepts. Concepts are fragments of knowledge that allow you to model and learn about the world. In terms of significance, concepts are the basic units of terminology, and systems of concepts form the amount of knowledge. From this point of view, terms are lexical units that help to define concepts. We can say that terms are lexical units that are used in limited areas and serve to accurately and concisely define knowledge.

Accordingly, in order to determine the properties inherent in the studied concept, we consider it necessary to explore doctrinal views on this phenomenon and on the basis of which to provide our own interpretation of the principles of administrative and legal support to prevent and combat corruption in Ukraine.

Principles are a cross-sectoral category and are used by scientists to denote many phenomena. In particular, the work of such scientists as Y. Bytyak, M. Vyshnevsky, V. Galunko, A. Kolodiy, A. Kravtsov, V. Kuzmyshyn, A. Kuchuk, O. Orlovsky, N. is devoted to the question of the principles of administrative and legal support in certain branches and spheres. Saglaeva, V. Semenov, O. Uvarova, P. Fomin and others. However, their scientific research was not addressed to the issues we stated, but concerned general or related aspects.

One of the most important conditions for the existence of the term is systemic, ie its existence as a separate element among others, with which it enters into certain connections and relations, fixing in its conceptual scope a certain fragment of reality and thus together with other terms providing complete and systematic reflection of the systematization of knowledge accumulated by science in relation to a particular field of human activity.

We are of the opinion that a concept is a set of terms that are endowed with their own characteristics, but in common use denote a separate phenomenon or process, endowing it with exceptional properties that distinguish it from related objects of knowledge.

Regarding the first, let us clarify that the generally accepted equivalent of the words “basis”, “beginning”, “source” is the word “principle”, which got its name from the Latin principium, which literally translates as where it all begins, to confirm what in There are many catchphrases in Latin: “Ab Jove principium” (beginning with Jupiter), “Flebile principium melior fortuna sequentur” (after a sad start will come great happiness), “Quod non habet principium, non habet finem” (that which has no beginning, has no end), “Scribendi recte sapere est et principium et fons” (“to be wise – this is the beginning and the source of writing correctly)”, “Flagiti principium est nudare inter cives corpora” (to expose the body in the eyes of citizens is the beginning) corruption). At the same time, it is interesting that in one of the etymological dictionaries “principle”, although defined through principium, but contains a reference to the word “prince”, which, in turn, comes from princeps, primus and capio – letters. “First take / receive”, “conductor”; “First”, “main”, “best”.

However, this is not surprising, because as he emphasized at the end of the XVIII century. I. Bentham, the term “principle” is very vague and has a very broad meaning. Its extreme importance is manifested in the fact that it applies to anything that is thought of as the basis or beginning of any series of actions. At the same time, to claim that principles are only the basis of a certain phenomenon, as the basis of its functioning is not appropriate, because its content covers the moral and ethical aspects of a particular activity, acts as a guarantor of legality and implementation of a qualitative process. That is, with the help of the category “principles” the “core” of the planned action is revealed, its direction and essence become clear.

From a philosophical point of view, these are the initial (general, universal) theoretical provisions on the basis of which there is a synthesis of relevant concepts in the scientific system. They reflect the foundations of existence and cognition, express their most fundamental features and attitudes; perform regulatory and regulatory functions, guiding and motivating people to action; are deduced from cognition and accompany it; is a way of considering and understanding objects.

At the same time, neither in the general theory of law and branch legal sciences, nor in international law there is an unambiguous answer to the question of the essence, content and form of existence of the principles of law, which generally negatively affects the practice of law enforcement.

According to O. Uvarova, the significance of the principles for law is that they most clearly express its essence in all the diversity of its constituent parties and patterns, reflect the most significant features of the content of legal regulation of social relations, and therefore they have a concentrated form the signs of the right are displayed.

Noting the principles of administrative law, Yu. Bytyak defines them as the initial, objectively determined fundamental principles, according to which the system and content of this branch of law is formed and functions; A. Kravtsov proposes to consider them in the natural-legal and positive sense. In the natural-legal sense, the principles of administrative law of Ukraine are fundamental ideas that are the basis for the formation of the industry system, exist in legal consciousness and should become beliefs for all subjects (participants) of public relations in public administration and are in essence ideas of natural rights. In a positive sense, these are the guiding provisions enshrined in the Constitution of Ukraine, laws and bylaws that have ceased to be legal ideas and have become indisputable requirements for all subjects (participants) of public relations in the field of public administration and are in their content norms positive law. In his opinion, this approach best shows the genesis of legal ideas, their impact on the legislator and enshrined in the regulations of the state; V. Halunko believes that the general principles of Ukrainian administrative law are enshrined in the Constitution of Ukraine, concretized and developed in legislative and other regulations. These principles include:

In particular, when formulating a system of analyzed principles, it is hardly expedient to limit oneself exclusively to the work of Ukrainian scientists and national rulemakers. Since such principles actually lay the foundations and directions for the further development of both the science of administrative law and legislation on the prevention and combating of corruption, it is important to include the principles of European Union law.

It should be noted that the next component of the analyzed concept has its own structure, ie it also consists of a number of components.

In this regard, A. Zamriga notes the following:

1) the adverb “administrative” is used by scholars to denote the belonging of a category to the departmental field of regulatory processes of an administrative nature: social relations in the field of public administration and protection of fundamental rights, interests and benefits of the public field, including private affiliation. In the studied context, the phrase “administrative and legal support” means that this category belongs to the science of administrative law and the relevant branch of law with all its inherent features: the presence of public administration orientation on the basis of “human-centeredness”, “humanization” and priority multifaceted coverage of departmental influence: from equal public entities to hierarchical and legally unequal relations, which are subject to regulation by administrative law; constant dynamism and modernization to the challenges of modern development of state and public goods; the need to introduce effective mechanisms, procedures and organizational principles of public administration;

2) the adjective “legal” in the context of the studied concept, covers the list of protected values, which with the help of regulations represent justice, equality, freedom, respect and security within the administrative-economic relations;

3) the term “provision” means: a) a set of economic, social, organizational, technical, legal and other measures, active actions and decisions of authorized entities; b) strategic, planned, systematic activities of public administration with a clear direction; c) purposefulness to obtain the planned result;

4) an indication of the implementation of direct responsibilities; d) the formed program of the necessary purposes.

Accordingly, administrative and legal support should be considered in a broad and narrow sense. In a broad sense, it is the regulation of public relations by the bodies authorized by the state, their legal consolidation through legal norms, protection, implementation and development. The narrow definition will change depending on what social relations will be discussed.

We will add, the legislative emphasis on prevention of corruption is caused by priority of application of preventive measures – effective action of the preventive anti-corruption mechanisms established by the legislation that raises level of legal awareness of citizens, reduces risk of violation of their basic rights and freedoms in daily life, and also promotes intolerance. manifestations of corruption. Because the application of repressive anti-corruption legislation, aimed only at punishing public servants, without eliminating the factors that feed and generate corruption, does not lead to any tangible results in reducing its level.

All of the above makes it possible to conclude that the concept of “principles of administrative and legal support to prevent and combat corruption in Ukraine“ is a set of terms that have their own characteristics, but in common use denote a normatively formed list of international and national guarantees, principles and anti-corruption standards. , as well as a system of customary rules of effective action established by law on preventive, repressive and consequential-liquidation anti-corruption mechanisms.