PRINCIPLES OF ADMINISTRATIVE AND LEGAL ENFORCEMENT OF PREVENTION AND ANTI-CORRUPTION IN UKRAINE: CLASSIFICATION ASPECT 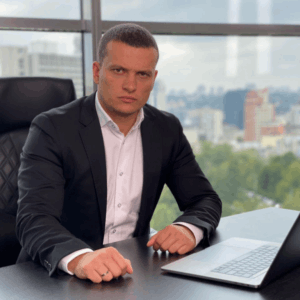 After the Revolution of Dignity, the fight against corruption became the highest priority on the path to Ukraine’s European integration. Evidence of this is the adoption of a set of anti-corruption laws and the creation of government institutions to prevent corruption.

The study of the principles of administrative and legal support to prevent and combat corruption in general, and the activities of its subjects in particular, especially in the above, is relevant to fill theoretical gaps in administrative law, creating foundations for further epistemological research in the field and to improve the understanding and practical implementation of such entities.

In our view, the concept of “principles of administrative and legal support to prevent and combat corruption in Ukraine“ is a set of terms that have their own characteristics, but when used together denote a normatively formed list of international and national guarantees, principles and anti-corruption standards, as well as customary system. rules of effective action of preventive, repressive and consequential-liquidation anti-corruption mechanisms established by the legislation.

Moreover, we are convinced that in formulating a system of analyzed principles it is hardly advisable to limit oneself exclusively to the work of Ukrainian scientists and national rulemakers. Since such principles actually lay the foundations and directions for the further development of both the science of administrative law and legislation on the prevention and combating of corruption, it is important to include the principles of European Union law.

Accordingly, the system of principles of administrative and legal support for preventing and combating corruption consists of:

1 – principles of European law, European administrative law and European governance – as conceptual principles of Ukraine’s orientation towards the development of a civilized country in which a person is not only recognized but also perceived as the highest social value, and the duty of the state is to provide it with all necessary benefits – democratic equality, representative democracy, respect for national individuality, the rule of law, transparency and accountability of the state to the person, etc .;

3 – national anti-corruption standards – as a system of legal and organizational principles of eradication of corruption in Ukraine, standards of preventive and repressive anti-corruption mechanisms, rules for eliminating the consequences of corruption offenses – comprehensive implementation of measures to eradicate corruption, public participation in measures to prevent and combat corruption, inevitability responsibility for corruption offenses, financial control of persons with public status, integrity of persons with public status, inadmissibility of duplication of powers of public administration, provision of decent working conditions for representatives of public administration, uniform judicial practice, functional independence of anti-corruption bodies, etc .;

4 – principles of public administration in the field of prevention and counteraction to corruption – as a set of guidelines, both common to all and individual for its specific representative, which determine the content and direction of administrative activities of anti-corruption bodies and other entities involved in the process of eradicating corruption – the rule of law, legality, openness, transparency, political impartiality, integrity in their conduct, respect for human rights, and others.

Thus, the studied principles can be divided into two separate classification groups: international and national. However, with the understanding that preventing and combating corruption is both a national and transnational and cross-border activity of authorized public administration entities, it makes sense to say that it is a single integrated system of anti-corruption and governmental standards.