PRESUMPTION OF INNOCENCE AND CRIMINAL LIABILITY 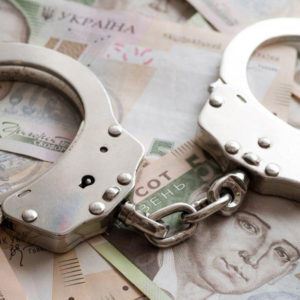 The presumption of innocence by its legal nature is a guarantee of the right of a person against whom criminal proceedings have been instituted to be found not guilty by the state in the person of its public bodies and officials until his guilt is recognized by a court. The presumption of innocence as an objective law imposes on the prosecution the obligation to prove the guilt of the accused by objective evidence. Establishing a rule according to which a person suspected or accused of committing a crime is not obliged to prove his innocence, Part 2 of Art. 62 of the Constitution thus imposes the burden of proving her guilt on the part of the prosecution. Thus the CPC of Ukraine obliges the prosecutor, the head of body of pre-judicial investigation, the investigator comprehensively,

At the same time, how to be in a situation concerning simultaneous application of the principle of presumption of innocence and imposition on the person of civil liability within the limits of criminal proceedings?

Despite the fact that the court did not pass a guilty verdict against the person, closing the proceedings, the imposition of civil liability on this person did not constitute a violation of Art. 6§2 (presumption of innocence) of the Convention.

The ECtHR has ruled in the case of Fleschner v. Germany (application no. 61985/12), ECHR.Ukrainian Aspect reports.

Gerhard Fleshner and four others were charged with kidnapping. All but Flashner were found guilty of the crime. He was declared incompetent and the case against him was closed.

The abduction victim later filed a lawsuit and won a civil lawsuit. The court relied on the facts set out in the decision of the criminal court, namely that Fleshner and the other defendants had committed certain acts that constituted elements of the crime. The court established Fleshner’s civil liability, despite the termination of criminal proceedings against him.

An appeal against this decision was unsuccessful.

Fleshner then appealed to the European Court of Human Rights, citing Article 6§2 (presumption of innocence) of the Convention for the Protection of Human Rights and Fundamental Freedoms. He complained, in particular, that he had been held responsible for the crime despite the fact that the criminal proceedings against him had been discontinued.

However, the Court in Strasbourg found no violation of the Convention guarantees.