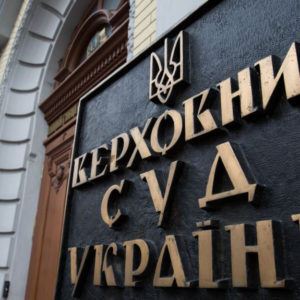 One of the most important guarantees of observance of the rule of law in criminal proceedings, a fair trial, protection of human rights and interests is enshrined in Article 62 of the Constitution of Ukraine that the accusation can not be based on evidence obtained illegally and on assumptions, and any doubt as to the person’s guilt must be interpreted in his favor. These provisions express the legal nature of the admissibility of evidence.

The problem of clarifying the essence of the admissibility of evidence, its conditions, the study of the procedure for declaring evidence inadmissible in criminal proceedings is complicated by various terminological approaches to its understanding and a variety of scientific and theoretical concepts. In this perspective, it is extremely important to implement the provisions on the recognition of evidence admissible or inadmissible through the prism of the practice of the Supreme Court in the judicial system of Ukraine – the Supreme Court. It should be noted at once that the Supreme Court in accordance with the new Law of Ukraine “On the Judiciary and the Status of Judges” began functioning on December 15, 2017, which indicates the renewal of the practice of this institution and the creation of a new, clear and sustainable position on criminal procedure. Code of Ukraine, including such a feature of evidence as admissibility.

According to Part 1 of Article 36 of the Law of Ukraine “On the Judiciary and the Status of Judges”, the Supreme Court is the highest court in the judicial system of Ukraine, which ensures the stability and unity of judicial practice in the manner prescribed by procedural law. In connection with the existence of this rule, in particular, the issue of studying the practice of this judicial institution is relevant.

In the judgment of Gefgen v. Germany of 30 June 2008, in order to describe the evidence obtained in breach of the established procedure, it formulated the doctrine of “poisoned tree fruit”, according to which if the source of evidence is inadequate, all evidence obtained by it will be as follows. g.

In the judgment of Nechiporuk and Yonkalo v. Ukraine of 21 April 2011, the Court noted that evidence obtained in criminal proceedings in breach of the prescribed procedure led to their unfairness in general, regardless of the probative value of such evidence and the lack of evidence. use is crucial to the conviction of the accused by the court.