PARTICIPATION OF LAWYER IN JUDICIAL DEBTS 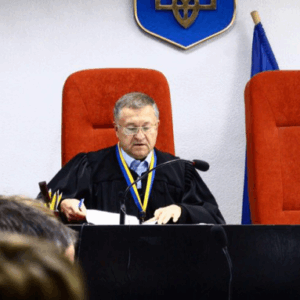 Decisive is the defense speech of a lawyer in criminal proceedings. In the special literature it is noted that the defense speech is a speech in a court debate, in which from the point of view of the defendant’s defense analysis of evidence is given, considerations on the merits, qualification of the crime, proposals for punishment, other issues relevant to the case.

When delivering a defense speech in court, a lawyer must, first of all, shed light on the circumstances provided by the criminal procedure law, the establishment of which is necessary for the resolution of a criminal case, as well as for the adoption of procedural preventive measures in the case.

The lawyer’s speech in the parties’ debate is the result of all his previous activities to defend the defendant. If the indictment is a procedural means of implementing the function of supporting the prosecution at the stage of the debate, the main direction of which is to bear the burden of proving the accusation and refuting the arguments presented in defense of the suspect or accused (Part 2 of Article 14 of the CPC), , is a procedural means of implementing the protection function. In the course of the debates of the parties, the main direction of defense is related to the presentation of arguments in defense of the defendant. The lawyer’s defensive arguments are justifiable.

A lawyer’s defense speech is a speech in a court debate in which, from the point of view of defending the accused, an analysis of the evidence is given, considerations on the merits of the accusation, the qualification of the crime, proposals for punishment, and other issues relevant to the case.

Defensive speech, namely its persuasiveness is based on the following defining points: 1) what to say; 2) how to speak; 3) to whom to speak; 4) who speaks.

The content of the defense speech is determined by the topic and subject of the speech, the materials of the criminal proceedings, the position taken by the defense counsel in it. As a rule, its content consists of two groups of basic elements – facts and evaluative considerations.

As the defense counsel delivers his speech after the accuser, he must add something new to the coverage of the facts, re-examine the evidence and characterization of the accused. But the defender must not forget about the rule of law, legality and objectivity, not to distort the facts and not to resort to falsehood.

The defense speech should contain the following elements:

The lawyer must emphasize in the speech the factual circumstances of the case, which will testify in favor of the defendant. The analysis and evaluation of the evidence gathered in the case is the main part of the lawyer’s defense speech. It is not necessary to repeat the plot of the criminal case. It is necessary to express your version, analyze and evaluate the procedural evidence and substantiate your arguments with their help. Arguments must be sufficient to substantiate the conclusions. The lawyer must analyze the work of the pre-trial investigation bodies, and point out the violations and shortcomings of the investigation concerning the defendant. In fact, counsel must “break” the system of evidence presented by the prosecutor.

The role of a lawyer is crucial in ensuring the right to protection from prosecution and legal assistance in resolving cases in courts and other state bodies of Ukraine, including the court of first instance. Each person’s legal assistance is an important value in any democratic society. Today, legal aid actually acquires the status of a special social legal good.

The exercise by a lawyer of the function of protection is an important guarantee and form of realization of the constitutional right of everyone to legal aid, which, in turn, is one of the elements of the right of access to justice. At the same time, the provision of qualified legal assistance becomes especially important, which becomes possible due to the provision of it by lawyers. Hence, the participation of a lawyer in the court of first instance is important and crucial to ensure the reliable defense of the accused.

In conclusion, it is important to say that in performing the statutory function of protection, a lawyer, like a prosecutor, must ensure that the truth is established as a result of the examination of the evidence in court.