NEW COURT REFORM TO BE 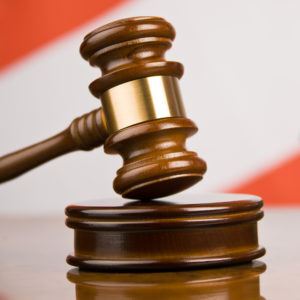 This week, the Verkhovna Rada considered in second reading the draft Law on Amendments to Certain Laws of Ukraine Concerning the Activities of Judicial Administration Bodies (Reg. № 1008). 236 parliamentarians, despite numerous warnings from international partners, the public and business, supported the initiative of President Volodymyr Zelensky.

Draft 1008, among other things, provides for a “reset” of the new Supreme Court by re-selecting judges and halving their number from 200 to 100. However, the explanatory note to the bill does not contain any arguments in favor of such a “reset”. Also, the current High Qualification Commission of Judges is actually liquidated and a new one is created.

Project 1008 has been criticized by the international community as a significant threat to judicial independence. Thus, one of the first to criticize the EU Delegation to Ukraine and the Embassy of Canada, who in a joint letter to the Office of the President said that “re-election of judges of the Supreme Court should be avoided” and restarting the High Qualifications Commission of Judges and creating a new one will not be effective. unless the High Council of Justice is reformed at the same time. ”

The Council of Europe is also concerned about the bill: “The bill proposes far-reaching changes that could have serious consequences for the independence of the judiciary. In particular, the draft law affects the status and qualification requirements for judges and related procedures. ”

And in the document of the Council of Europe expert on the evaluation of the draft Law №1008 “On Amendments to Certain Laws of Ukraine on Judicial Administration” regarding its compliance with Council of Europe standards and recommendations, it is clearly stated that the proposed reduction is not justified by workload reduction or cassation Of the Supreme Court. In fact, the rationale for such a reduction in the number of judges is unclear and cannot be explained by the changing role of the Supreme Court within the judiciary, as the Supreme Court has recently been restructured and renewed. ”

On the day of consideration of the 1008 project in the second reading, the largest business associations (American Chamber of Commerce in Ukraine, European Business Association and the Union of Ukrainian Entrepreneurs) issued a joint statement stating that “the business community is very concerned about the plaintiffs wait more than 5 years for a decision of the Supreme Court if the number of its judges is reduced from 200 to 100 without simultaneously reforming lower courts, appellate courts and introducing procedural filters in the codes ”.