INTERFERENCE IN PRIVATE COMMUNICATION. WHEN DOES LAW ENFORCEMENT OFFICERS HAVE THE RIGHT TO INCLUDE “EAVESDROPPING”? 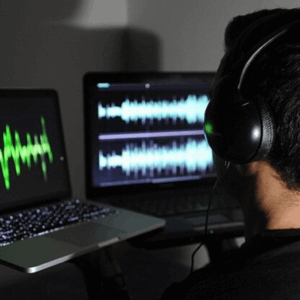 Article 31 of the Constitution of Ukraine guarantees everyone the secrecy of correspondence, telephone conversations, telegraph and other correspondence. In exceptional cases, when investigating criminal cases, only a court may allow law enforcement officers (such as the National Police, the Security Service, the State Bureau of Investigation, the Prosecutor’s Office) to limit these guarantees.

Covert investigative actions (hereinafter – NSD) is a type of investigative action. However, NSDs temporarily restrict constitutional rights and guarantees, and the results and methods of such actions are secret and are not disclosed / declassified, except by court order. In the case of “declassification”, the results of covert actions become evidence in a criminal case.

In today’s conditions, the issue of obtaining information from law enforcement agencies on transport telecommunications networks, the so-called “eavesdropping” on mobile phones, is relevant. The current criminal procedure legislation regulates such action by Article 263. In accordance with this provision, the investigator / prosecutor has access to networks that transmit signs, signals, written text, images, sounds of any kind. Upon receipt of the NSD, the authorized official draws up a protocol.

In addition, covert actions can be carried out only in criminal cases on:

The investigator and the prosecutor have the right to initiate the issue of NSDC. Permission to carry out covert actions is granted by the investigating judge of the Court of Appeal and the High Anti-Corruption Court.

All documents drawn up by authorized officials during the NSD are secret and “secret” and have access to them exclusively. However, if the results of such actions are relevant to the criminal case, they are subject to declassification through the Court of Appeal / High Anti-Corruption Court and are used by law enforcement officers under general rules.

≡ It is important to know! For covert investigative actions as evidence, the prosecutor must apply to the court with the “declassification” of petitions, rulings, which became the grounds and permission for such actions. All “declassified” materials are provided by the investigator / prosecutor to the defense party (lawyer, suspect) for review.

In case of restriction of constitutional rights / guarantees as a result of covert investigative actions, the prosecutor is obliged to notify the suspect and the lawyer in writing of such restriction within 12 months from the date of termination of such actions, but not later than sending the case to court.