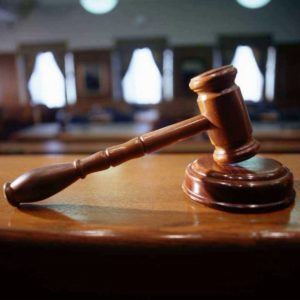 In recent years, there has been an intensification of attempts by international drug syndicates to use Ukrainian citizens for the sale and transit of drugs, as well as to use the production and intellectual potential of our state for the illegal production of drugs and precursors. Ukraine is at the crossroads of several international drug transit routes. Some of the transit drugs remain in Ukraine. This, to some extent, is due to the fact that in recent years in Ukraine there has been a spread of drug addiction and an increase in crime related to it.

Ukraine, together with the international community, is actively combating the illicit distribution of narcotic drugs, psychotropic substances and precursors. As part of this struggle, as well as in order to ensure the protection of public relations in the field of public health in our country there is a special legal regime for drug trafficking. The peculiarity of this legal regime is that the state establishes a special list of these drugs and substances, restrictions on their use, and control over their circulation.

In criminology, the problem of drug addiction is considered as a “background” phenomenon, ie an element of an additional subject of criminology, and as part of a special part of criminology, which studies the basic criminological parameters of crime, which is directly related to such a socially negative phenomenon.

This approach to the study of this problem is due to several factors. At first glance, the use of drugs, their analogues and precursors is not under criminal prohibition. However, the legislator prohibits public or illegal use of drugs by a group of persons (Article 316 of the Criminal Code of Ukraine). The use of narcotic drugs and psychotropic substances carries the risk of causing serious and irreversible changes in a person’s personality. Such a person may threaten the legitimate interests of others, violate their rights, endanger public safety and undermine the authority of the state.

Following the ratification of a number of Conventions in 1961, 1971 and 1988, Ukraine has joined the International Alliance of States Combating Illicit Trafficking in Narcotic Drugs and Psychotropic Substances. The Criminal Code of Ukraine of 2001 also provided for criminal liability for a number of crimes related to narcotic drugs, psychotropic substances, their analogues and precursors (Articles 305-324 of the Criminal Code of Ukraine).

The “List of Narcotic Drugs, Psychotropic Substances and Precursors” is periodically reviewed by the Drug Control Committee of the Ministry of Health of Ukraine and approved by the Cabinet of Ministers of Ukraine. The list consists of four tables (Tables I, II, PI and IV), each of which includes List № 1 and List (2, and Table I is supplemented by List № 3. The lists contain a list of narcotic drugs, psychotropic substances and precursors, the circulation of which in Ukraine it is forbidden or restricted, but in respect of which control measures of various degrees of severity are established.