ILLEGAL ACQUISITION TO CRIMINAL RESPONSIBILITY. HOW TO RECEIVE DAMAGE? 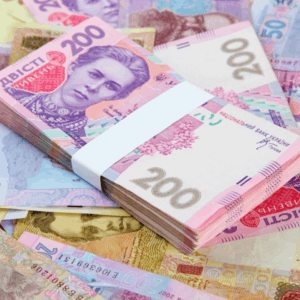 If a person was brought to criminal responsibility, but subsequently the proceedings were closed due to the absence of elements of a criminal offense (crime) in actions, such a person has the right to compensation of material and moral harm. How to compensate for the damage?

Unfortunately, there are cases when law enforcement agencies take actions against citizens without valid reasons, with violation of procedural rules, is always the result of a violation of the rights and freedoms of a person and citizen.
Such actions are prevented by the Law of Ukraine “On the Procedure for Compensation of Harm Caused to a Citizen by Illegal Actions of Bodies Conducting Operational-Search Activity, Pre-Trial Investigation Bodies, Prosecutor’s Office and Court”, which provides for the right of a person illegally convicted or prosecuted for damages.

Who and in what cases is entitled to damages?

The law provides that in all cases the right to compensation has a natural person – a citizen.
The damage caused as a result of illegal is subject to compensation:
– conviction;
– the message on suspicion of committing a criminal offense;
– capture and detention;
– conducting a search;
– the seizure of property;
– suspension from work (position)
– other legal proceedings restricting the rights of a citizen;
– carrying out operational search activities;
– application of administrative arrest or correctional labor;
– confiscation of property;
– the imposition of a fine.
The key to the issue of recovery of harm is the established and duly proved fact of the illegality of the application to the person of the above measures and penalties. In this regard, it is obvious that the mere fact of notification of suspicion or detention cannot be the basis for the emergence of the right to compensation for harm. The law clearly states when the right to compensation arises as a result of unlawful conviction or criminal prosecution.

When does the right to compensation arise?

Such cases are:
– acquittal of the court;
– the established fact of the illegality of the sentence;
– closure of criminal proceedings in the absence of a criminal offense event, absence of criminal offense (crime) in the person’s actions or failure to establish sufficient evidence to prove the person’s guilt in court and exhaustion of the possibilities to receive them;
– closure of an administrative offense.

What damage and how much is compensable?

If a person has been unlawfully prosecuted or convicted, she will be reimbursed (returned):
– earnings and other labor income, which the person has lost due to illegal actions;
– property (including money, cash deposits and interest on them, securities and interest on them, a share in the statutory fund of the economic company of which the citizen was a participant, and profits that he did not receive according to this part, other values) confiscated or appealed to the state by the court or seized by the preliminary investigation bodies, the bodies that carry out the operational-search activity, as well as the seized property;
– fines imposed pursuant to a court judgment, legal costs and other expenses paid by a citizen;
– amounts paid by a citizen in connection with the provision of legal assistance;
– moral injury.

The amount of compensation is determined taking into account earnings, not received by the citizen during the period of suspension from work (position) for the entire period of serving the sentence. The property is returned in kind, and if it is impossible, its value is reimbursed at market prices at the time of circulation.
The amount of non-pecuniary damage is determined in the light of the circumstances of the case, but there can not be less than one minimum wage for each month of stay under investigation or court.

Where to apply for damages resulting from unlawful conviction?

For compensation, the citizen must contact the authority that conducted the investigation or the court that reviewed the case. This body, within 1 month from the date of the citizen’s appeal, must:
– determine the amount of damage;
– decide on the payment.

If this does not happen or the amount of compensation is not satisfactory, the citizen has the right to appeal against such a decision or inaction to the court. This is a general and basic procedure for obtaining compensation for harm.

The duty to explain to the person the procedure for restoring his violated rights or freedoms and compensation for the harm caused in the event of termination of proceedings is assigned to the body that conducts operational search activities, pre-trial investigation, the prosecutor’s office, which must do this by sending a message to the citizen simultaneously with the decision to close the criminal proceedings . In this case, the message should indicate where and for how long you can apply for compensation for damages and the restoration of violated rights.

In this regard, the person has the right to apply directly to the court with a claim for damages.