How to withdraw the responsibility for corruption of administrative infringement by law? 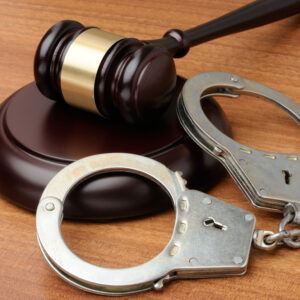 Recently, the work of anti-corruption institutions of our state has intensified, which in turn has led to an increase in the number of people prosecuted for corruption and corruption-related offenses. One such body authorized to draw up reports on corruption-related offenses is the National Agency for the Prevention of Corruption. At the same time, in the conditions of existence of “plans” of each law enforcement body, the quantity of the made administrative materials concerning civil servants also increases.

This situation contributes to the NAPC committing a significant number of procedural violations that can be detected only by lawyers. In such circumstances, Clients of Prikhodko & Partners Law Firm often ask questions, including how to properly represent interests in the NAPC, how to cancel a protocol on a corruption administrative offense, close a corruption case, identify shortcomings in the NAPC protocol, how to file a declaration, why file a report about significant changes in property status, etc.

Recently, the lawyers of JSB “Prikhodko and Partners” won an undisputed victory and closed the case on charges of a civil servant of the 1st rank for lack of corpus delicti under Part 2 of Art. 172-6 of the Code of Administrative Offenses (untimely notification of significant changes in property status). The main argument of the lawyers was that the income for the calculation of a significant change should be taken not actually accrued, but with the deduction of taxes.

Part 2 of Article 52 of the relevant Law of Ukraine “On Prevention of Corruption” under a significant change in the property status of the declarant means: “… receiving income , acquisition of property in excess of 50 subsistence minimums…”. NAPC identifies this process with a completely different legally significant action – filing a declaration of income. Thus, in paragraph 7 of Part 1 of Art. 46 of the Law of Ukraine “On Prevention of Corruption” states: “The declaration shall contain information…. 7) on received  (accrued) income,  including income in the form of wages… “.

In this context, it should be noted that the phrases  “income” and “accrued income” are different in nature and meaning . Thus, the explanatory dictionary of the Ukrainian language under the word  “receive” means: “get your hands on earnings, rewards, etc.”  (Dictionary of the Ukrainian language: in 11 volumes. – Volume 5, 1974. – Page 625.), and under the word  “count” – “Counting, determine the number, number of someone, something.”

The Law of Ukraine “On Prevention of Corruption” does not contain a definition of “income”. However, its text clearly shows that the Law contains two different approaches to the concept of “income” depending on where and how it is reflected – 1) in the annual declaration or 2) in the notification of significant changes in property status.

The European Court of Human Rights, whose practice is the source of Ukrainian law, has repeatedly drawn attention to the imperfection of current Ukrainian legislation and the need to adhere to the principle of legal certainty. The ECtHR states in particular in the judgments  of Yeloyev v. Ukraine  of 6 November 2008,  Feldman v. Ukraine  of 8 April 2010,  Kharchenko v. Ukraine  of 10 February 2011, etc.

The judgment of the European Court of Human Rights of 14 October 2010 in  Shchokin v. Ukraine defined the concept of the quality of the law, requiring it to be accessible to interested parties, clear and predictable in its application. The lack of the necessary clarity and precision in national law, which provided for the possibility of different interpretations of such an issue, violates the requirement of “quality of law”. Where national law provides for ambiguous or multiple interpretations of the rights and obligations of individuals, national authorities are obliged to apply the most favorable approach to individuals. That is, the resolution of conflicts in the law is always interpreted in favor of the person.

From all the above it can be concluded that when calculating the amount to notify of significant changes in property status  must take into account the funds that were credited to the card of the  declaring entity , and when filing a declaration – the funds accrued to the declaring entity.

Follows a similar position and  jurisprudence at the close of proceedings under Part. 2, Art. 172-6 КУпАП in connection with lack of corpus delicti, on the need to take into account the actual income received on the card , in particular: