HOW TO MAKE AN ANTI-CORRUPTION SYSTEM WORK? 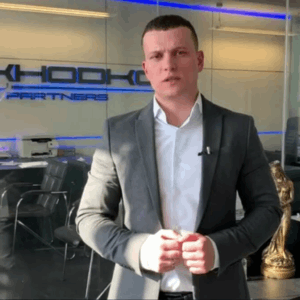 The main indicator of efficiency is filling the budget!

Given that success in the fight against corruption directly depends on high salaries of employees involved in this field and the highest level of technical support (latest listening systems, automatic systems for analyzing large arrays of information, remote reading of information from phones, laptops, etc.), the basis of the fight against corruption is adequate funding.

At the same time, in today’s conditions, Ukraine cannot provide law enforcement agencies with adequate funding due to budget deficits.

Therefore, there is an opinion at the legislative level to consolidate such a transitional, in today’s conditions, model:

The main indicator of the work of anti-corruption bodies should be the filling of the budget.

To do this, it is necessary to establish the possibility of concluding a plea agreement, as a result of which a person has the right to pay double or triple the amount of damage, but not less than a certain amount (eg UAH 5 million) and not be convicted.

To do this, simplify the procedure for collecting in the state revenue collateral made as a precautionary measure. With the subsequent re-deposit of collateral in larger amounts.

Create a quick mechanism for the sale of confiscated property at an open auction. It is not necessary to keep the property on the balance sheet, but to sell it quickly in order to obtain funds.

To give an opportunity to persons sentenced to imprisonment to reduce the term of stay in places of imprisonment for money.

Importantly! The lion’s share of the funds received in the budget should be distributed directly to the law enforcement agency, thanks to which such filling took place in order to reward employees and improve the technical base.

Importantly! All employees must be rewarded in proportion to the amount of money collected from the state revenue. This will increase everyone’s interest in the maximum result and strengthen mutual control over all participants in a particular case.

The indicator “Landing of top officials” is not effective in today’s conditions! For the following reasons:

ᐈ The imperfection of the criminal procedure legislation allows lawyers, even in the presence of specific facts, to refute the accusations. As a result, the funds do not go to the budget, but to lawyers.

ᐈ Low wages compared to the scale of corruption. A salary of $ 500 cannot encourage an employee to work as efficiently and honestly as possible when it is possible to receive a bribe many times higher than the salary.

ᐈ Connectivity of officials. A law enforcement officer or judge who once took a bribe from a particular official will never insist on imprisoning such a person. However, he may insist on paying to the budget to avoid imprisonment.

ᐈ Fear and insecurity of judges. Most courts are afraid to take responsibility for such decisions, due to the fact that the political situation may change and the judge will be subjected to repression, the judge may be subjected to physical violence, and so on. The state does not provide real security for judges.

Internal control in the structure of the anti-corruption body

The biggest problem with the work of anti-corruption bodies is the leakage of information. Investigations should be conducted by teams of prosecutors, investigators and operatives. Orders to establish such groups must be classified.

The control mechanism should be built as follows:

➜ If there is an interest from anyone who is not in the group about criminal proceedings, the employee is obliged to report to a specially created body (Internal Security for example).

➜ If such an employee does not report, he is immediately expelled from the group, followed by disciplinary and criminal liability.

➜ A specially created body is endowed with the powers of internal control and training of employees with the use of technical means of control and intelligence.

The head of each department must understand that every year is summed up. The unit with the lowest budget is subject to liquidation or reorganization.

Corruption crimes, I believe, should be investigated by the body that first discovered the crime, and not in the manner prescribed by Art. 216 of the Criminal Procedure Code of Ukraine.

For example, NABU with a staff of 500 is not able to cover all corruption processes in the country.