FEATURES OF TACTICS FOR REVIEWING NARCOTIC DRUGS IN CRIMINAL PROCEEDINGS 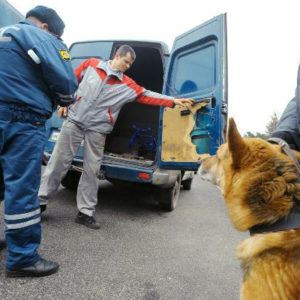 The objects withdrawn from circulation include: 1) items, the acquisition and use of which is carried out under special permits and an exhaustive list of which is determined by the legislation of Ukraine; 2) items, manufacture, acquisition, storage, sale and distribution of which are prohibited by law; 3) documents specified by legislation and other regulations. A separate type of category of items withdrawn from civil circulation are drugs. It is desirable to involve a specialist to inspect such facilities.

Drug screening  is quite common, as according to the World Health Organization, the total number of patients with diseases caused by various psychoactive substances, excluding tobacco smokers, is more than 500 million people. At the same time, about 60% of respondents, those who use drugs and toxic drugs, note the relative ease of their acquisition.

Drugs are divided into two groups: herbal and synthetic. Raw materials for the production of plant products are hemp and poppy. They are used to make marijuana, hashish, heroin, etc. and have the form of powder, pills, straws, solutions in ampoules, etc.

Of the synthetic drugs, the most common is LSD, which is in the form of white capsules or pills or cream powder. Sometimes it is saturated with sheets of perforated paper. There are other synthetic drugs: amphetamine, barbamyl, hydrocodone, dipidolor, DOM, methadone and more. All of them are available in the form of pills, powders or solutions in ampoules.

Detected drug-like objects are subject to mandatory inspection. The review of drugs begins with an inspection of the packaging. Mostly it is foil, cellophane bags, envelopes, fabric. Such products are often hidden in bread, confectionery, candy wrappers, cans, in toothpaste tubes, in the floors of coats and jackets, in the heels of shoes and elsewhere.

At inspection of a narcotic substance its external signs are described: a kind; quantitative and qualitative characteristics (composition, consistency, color, odor, size, volume, weight). In case of removal of ampoules, tablets: presence of inscriptions on ampoules, tablets, level of filling of an ampoule with liquid; the color of the liquid and the presence of sediment; method of packaging and packaging material, digital symbols and the name of the manufacturer, etc.

If the inspection of factory-made drugs in the branded packaging is carried out, a preliminary examination of the packaging is carefully made with a magnifying glass to see if it has not been opened, the available number of pills, ampoules, powders is checked.

Sometimes it is necessary to inspect items that could be used to grind hemp, poppy. For this purpose, criminals use scissors, knives, meat grinders, coffee grinders. Detection visually or with a magnifying glass on their parts of a dark oily mass indicates their possible use for processing plants that contain drugs.

When inspecting drugs, it is advisable to photograph the packaging on a large scale, as well as the cache in which the tool and the tool itself are found so that you can clearly distinguish the inscriptions and drawings, which can be on the package and on pills or ampoules.

According to the summary of the Plenum of the Supreme Court of Ukraine, a significant number of crimes in the field of trafficking in narcotic drugs, psychotropic substances, their analogues or precursors are detected by a personal search of citizens on the streets and checking their belongings. Thus, on December 7, 2016, Person 2 found a plastic bag near a public transport stop, which he put in his pocket for his own use. On the same day, Person 2 was detained by police officers, who in the presence of witnesses, during a search of his personal belongings, found and confiscated from the latter’s right jacket pocket a white plastic bag with a green substance of vegetable origin in a dried and crushed state. , according to the expert’s opinion № 2368 dated 09.12.2016 is cannabis.

However, drugs are often found when inspecting the scene, housing, vehicles. Thus, according to the established data, on April 1, 2014, A., for the purpose of illegal enrichment, decided to engage in the illegal distribution of drugs for a corresponding material reward. A. committing a crime came to gr. V. and gr. G, where he received plastic bags containing convolutions with methadone, zopiclone and diphenhydramine. A. took some of the drugs to hidden places, and left some in a Mercedes car. During the inspection of the car, three bags of polymer material were found and seized, in the middle of which there were 23 foil rolls. which contain a potent drug – diphengyramine weighing 3.52 g and a potent drug – zopiclone weighing 0.19 g,