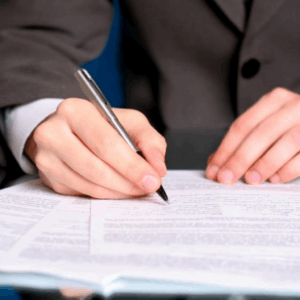 Today, for a conviction under Art. 366-1 of the Criminal Code of Ukraine, judges only need to prove the fact that the person committed an act in the form of failure to submit, late submission of the declaration or submission of inaccurate information in the declaration. Thus, as a rule, judges do not investigate the form of guilt with which a person acted, immediately presuming the presence of intent, but not always the person commits these actions with intent.

The defense must focus on the lack of intent in the actions of the accused, as this is the main reason for the court to acquit.

Consider the case where the defense emphasized the absence of guilt in the actions of the declarant as a sign of the subjective side of the act.

The inspector was accused of not submitting an electronic declaration during the service for the protection of anti-corruption legislation.

The Dnepr Court of Appeal, taking into account the arguments of the defense regarding the lack of intent, overturned this sentence, because the actions of the person do not constitute a criminal offense under Art. 366-1 of the Criminal Code of Ukraine.

The Supreme Court based its decision on the fact that the actions of the police inspector did not constitute a crime due to lack of intent in his actions. The lack of intent is evidenced by the fact that this person was informed about the need to submit an annual electronic declaration for 2016, and the latter was not warned about the obligation to file a declaration upon dismissal. This fact confirms that the person was unaware of the need to file such a declaration, which can not indicate an intentional form of guilt in the actions of the person.

With such a rank, like bachimo, the visibility of the mind in the days of the individual is the main argument for the corpulence of the whole day, for which the party is guilty.

The Prikhodko and Partners Law Company has a positive practice of resolving disputes with NAPC. If you need help, get ready to go to the professional.