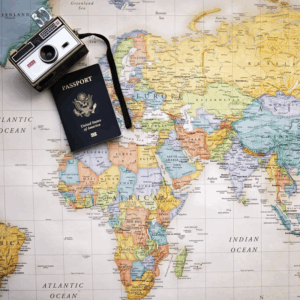 The pimples’ pimples, which were caused by criminal law violations (extraditions), are to be treated as such by the local authorities as a result of such direct cooperation, which is caused by the international beasts of Ukraine

Criminal processual contributions to the species of an individual, which was caused by criminal violation (extraditions) from Ukraine, are caused by the mistreatment of such an individual on the territory of Ukraine. Such a mistreated person from Part 1 of Article 582 of the CPC of Ukraine is to be trusted as a service person (a person who has the right to be mistreated according to the law). You can be a person of your choice if you are a prikordon or a leader of a polity.

The main part of such a provision is a rosette of an individual by the funeral authorities of other powers. In this case, the procedure of trivializing is guilty of being vicious in the interstate legislation of Ukraine. Thus, according to Article 208 of the CPC of Ukraine, a service person has been appointed to serve as a prisoner of an individual and is responsible for the negative perception of the zrozumilo for him by my side and for the reasons of his malice. I especially respect the need to brutally brutalize the rights of such a person, and in such a case the words “to create a tanned image”, overemphasized hours. Article 4, Article 208 of the PDA of Ukraine, as well as Article 4, Article 208 of the PDA of Ukraine. 581 PDAs of Ukraine, however, have special rights before they are trimmed: 1) the mother of the prisoner and the mother of the prisoner, who is beaten up for intelligence, to protect the confidentiality of the union, to ensure that the prisoner is present for the next hour of drinking; 2) to deprive the doctor of medical assistance; 3) to give an explanation, because it is shown that you do not say anything else about the drive of the faggot against it; 4) Negative notification of other employees (close relatives, members of the family and other employees at the selection of the individual) about his detention and the place of detention, in addition to that, according to the article of the Law of Ukraine “On the Protection of the Rights of All Migrant Workers and Members of Their Families”. 213 CPC of Ukraine; 5) make a verification of обґрунтованості trimannya; 6) nobility, with the link with the criminal violations of the law, will feed on its species; 7) take part in the consideration of the court food, which is available to its trimannya pids and feeds about its species; 8) to be remembered because of the record of the species, or to have its copy; 9) to make a decision about the trimannya of the pid, about being satisfied with the record of the species; 10) to hang in the ship’s locked-up podkuhtochodo feed about the species; 11) to be brutalized with the ignoramus by the stagnation of the simplified procedure of the species. At the same time, individuals, hundredfold as if they are looking at the species and do not care about my country, are concerned about the right to robbit the statement, to declare a slap in the wrist, to go to court in mine, As if she were wondering, she was crouched by the services of the crossbars, and also rhyming the redistribution of the ship’s design and the decision of the central body of Ukraine to mine, as if she was crouched in the podium for an hour to look at. As a special person who thinks about the species, is a foreigner and trimayetsya food vartoyu, she has the right to be sharp with the representative of the diplomatic consular authority of its power.

On the trivialization of a person suspected of malignancy, there is a protocol, in which, Krym vidomosti, overexposed st. 104 CPC of Ukraine, to begin with: the month, date and exact hour (year and hour) zatrimannya vidovidno to put Art. 209 of the CPC of Ukraine, to put the zatrimannya, the result of a special shtuku, klopotannya, said the chikargi zatrimanogo, as they were so overlooked, the repeated change of the processual rights and obov’yazkiv zatrimanogo. The protocol on the trivialization of a fiddler, who had folded him, and a fiddler. Copies of the minutes of the report are given to the person in charge and also to the prosecutor, who is able to visualize the laws of the body, which has been used for the purpose of trivializing. Notification to the prosecutor, before whom the copy of the report is delivered, is obliged to submit the report with information and motives of trivialization.