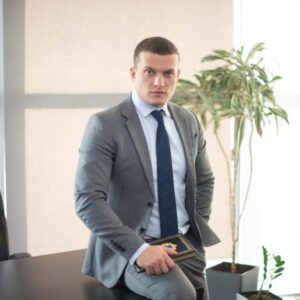 Within the framework of his own work, O. Prilipchuk cites the group affiliation of such principles and separately notes that they should be distinguished from European principles of good governance.

In our opinion, the principles of European law, European administrative law and European governance are the conceptual principles of Ukraine’s orientation towards the development of a civilized country in which a person is not only recognized but also perceived as the highest social value. necessary goods. In particular, these are such principles as democratic equality, representative democracy, respect for national individuality, the rule of law, transparency and accountability of the state to the individual, and so on.

1) condemnation of all manifestations of corruption;

4) maintenance of statistical and monitoring information materials on the state of corruption in a particular country.

The UN Declaration on Combating Corruption and Bribery in International Commercial Transactions of 16 December 1996 enshrines the following:

The relevant Resolution № R(97)24 sets out 20 basic principles for how such activities should be implemented at the national level, including:

1) take effective measures to prevent corruption and, in this regard, to raise public understanding and promote ethical behavior;

2) guarantee the recognition of national and international corruption as a criminal act;

3) ensure that those responsible for preventing, investigating, prosecuting and judging corruption cases are independent and autonomous;

4) provide appropriate measures for confiscation and deprivation of income as a result of corruption;

5) provide appropriate measures to prevent pressure on lawyers involved in exposing corruption and others.

And the main principles of the Istanbul Action Plan are the development of an effective and transparent civil service system, strengthening the fight against bribery and ensuring honesty in business, supporting active public participation in reforms.

Separately, we note that according to the Model Law “Fundamentals of Legislation on Anti-Corruption Policy“ of November 15, 2003, the principles of anti-corruption policy are:

1) partnership of subjects of formation and implementation of anti-corruption policy measures;

2) the priority of measures to prevent corruption and the moral principles of the fight against corruption;

3) inadmissibility of setting anti-corruption standards below the level specified by state laws;

7) recognition of the increased public danger of corruption offenses of persons replacing positions provided by the constitution and other laws of the state;

Thus, the principles of European law, European administrative law and European governance, as well as international anti-corruption standards (specialized European principles of combating corruption) are an integral part of the domestic anti-corruption mechanism, and their importance can be described as transnational and cross-border. phenomena and the social need to eradicate it throughout the European space in particular, and the world in general.