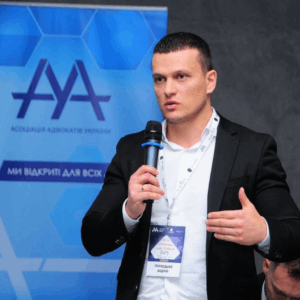 European integration at the present stage is a mainstream of the continent’s development, which will determine the situation in Europe itself in the third millennium and its place in the world. Since its founding in 1957 (EEC and EU itself in 1991), the European Union has gradually become one of the most powerful political and financial and economic centers of the modern world, a key component of the newly created European security architecture, the core of the European standards system.

The European Union unites countries on the basis of closer integration on the basis of common economic, political and social objectives. The countries of the Union firmly advocate balanced and sustainable, social and economic progress. This is achieved through the creation of a space without internal borders, the strengthening of economic and social integration and the formation of an economic and monetary union. Creating a single market for 500 million europeans provides free movement of people, goods, services and capital.

The course for European integration is a conscious choice of Ukraine, its citizens and public authorities. The country’s foreign policy should mobilize Ukrainian society and power, thereby contributing to the strengthening of national security, its sovereignty and territorial integrity, which is extremely important at this stage of the development of statehood.

Therefore, the purpose of this article is to analyze the formation and development of Ukraine’s European integration processes and their status in the current conditions.

Many scientists have addressed their questions about the problems and prospects of European integration of Ukraine, which is explained by the cross-sectoral specificity of these issues. In particular, some of its aspects were reflected in the works of such scientists as: A. Bagaterenko, E. Golovakha, I. Dakhno, O. Kindratets, O. Kovalev, A. Magazov, N. Osadcha, Y. Palagnyuk, and others.

However, the subject matter for our consideration was not a direct object of their scientific research, but was related to related legal challenges.

In historical retrospect, the intention to join the European Union in Ukraine emerged after its withdrawal from the Soviet Union. Obviously, such a historical fate of Ukraine – it does not in any way escape the Union – whether Soviet or European.

National self-identification as a European state was declared on December 5, 1991 in the Verkhovna Rada of Ukraine’s Address “To Parliaments and Peoples of the World” in connection with the confirmation in the referendum of the Declaration of Independence of Ukraine. The purpose of the Ukrainian state, which was to cooperate with the EU and obtain EU membership prospects, was legislatively enshrined in a resolution of the Verkhovna Rada of Ukraine on July 2, 1993, which stated that it was a “prospective goal of Ukrainian foreign policy. Ukraine’s membership in the European Communities is a policy… In order to maintain stable relations with the European Communities, Ukraine will conclude a Partnership and Cooperation Agreement with them, the implementation of which will be the first stage in the promotion to an associate, and then to its full membership in the organization”. In addition, the Law of Ukraine “On the Basics of National Security of Ukraine“ of 19 June 2003 (as amended by the Law of Ukraine “On the Principles of Internal and Foreign Policy“ of 1 July 2010) referred to “membership of the European Union under the maintaining good neighborly relations and strategic partnership with the Russian Federation, other Commonwealth of Independent States, and other countries of the world ”.

The main task of Ukraine was (and still is) the return to the European civilizational space, from which it departed because of the historical events of the 17th century. (Pereyaslav Council and Conclusion of March Articles). The specific geopolitical position and history of long-term cooperation with European countries make Ukraine interested in actively participating in the integration processes on the European continent. The strategic interests of Ukraine in Europe include the need for technological modernization of domestic production, the ability to master high-tech technologies, the replacement of inertial industrial development with innovative. For Ukraine, the movement towards European integration is a question of the effectiveness of its integration into the existing system of distribution of functions and roles in today’s world economic and political system. The revitalization of European integration processes also means a more intensive involvement of Ukraine in international cooperation on conflict resolution and counteraction to the latest threats to international security.

Undoubtedly, the launch of the Eastern Partnership has led to a distinction between the EU’s foreign policy approaches to relations with the EU’s southern and eastern neighbors, which were previously in the same context of the European Neighborhood Policy. From the point of view of Ukraine, this was a step in the right direction, since its eastern neighbors are European states and can apply for EU membership, provided the relevant criteria are met.

It should be noted that in May 2009, the European Union announced the creation of the Eastern Partnership Initiative, whose main purpose was to draw closer to the six countries that were former Soviet Union republics. In addition to Ukraine, this platform also included Azerbaijan, Belarus, Armenia, Georgia and Moldova. Each of these countries at that time was differently prepared for deep integration – this concerned not only the level of economic development of the states, but also the support of democratic institutions and human rights. The EU, while declaring its intentions for eastward enlargement, sought to maintain stability in these countries, in particular those that share borders with it, as part of its neighborhood policy. The purpose of the Eastern Partnership, obviously, was not only limited to economic integration and reform in these countries, but also contributed to the political rapprochement of Eastern Europe with the EU. The essence of such a partnership was also the EU’s financial assistance in carrying out the necessary economic and political reforms that would subsequently lead to the signing of an Association Agreement with the EU.

As a result, the EU-Ukraine Association Agreement was signed in 2 stages:

I) On March 21, 2014, during the Extraordinary EU-Ukraine Summit, the political part of the Agreement and the Final Act of the Summit were signed, signed on behalf of Ukraine by Prime Minister A. Yatsenyuk. In particular, the Preamble, Article 1, Sections I, “General Principles”, II “Political Dialogue and Reforms, Political Association, Cooperation and Convergence in Foreign and Non-Political Policies” and VII “Institutional, General and Final Provisions” of the Agreement, were signed. At the Summit, the Ukrainian Party also made a statement that Ukraine’s obligations arising from Article 8 of the Association Agreement regarding the ratification of the Rome Statute of the International Criminal Court in 1998 will be fulfilled after the relevant amendments to the Constitution of Ukraine have been made;

II) On June 27, 2014, during the meeting of the Council of the EU, President of Ukraine P.Poroshenko and the Heads of State and Government of the 28 EU Member States, the economic part of the Agreement was signed – Section III “Justice, Freedom and Security”, IV “Trade” and trade-related issues, V, Economic and Sectoral Cooperation, and VI, Financial Cooperation and Anti-Fraud Provisions, which together with the rest of the Agreement constitute a single document.

This document establishes an association between the parties to the contract in order to:

1) promoting a gradual rapprochement between the parties, based on common values ​​and close privileged ties, as well as deepening Ukraine’s connection with EU policy and its participation in programs and agencies;

2) providing the necessary framework for enhanced political dialogue in all areas of mutual interest;

3) promoting, safeguarding and enhancing peace and stability in the regional and international dimensions, in accordance with the principles of the UN Charter and the Helsinki Final Act of the Security and Co-operation in Europe 1975 Conference, as well as the goals of the Paris Charter for a New Europe in 1990;

4) introducing conditions for enhanced economic and trade relations that will lead to the gradual integration of Ukraine into the EU internal market, including by creating a deep and inclusive free trade area and supporting Ukraine’s efforts to complete the transition to a functioning market economy, including through a market economy the approximation of its legislation to the EU acquis;

5) strengthening cooperation in the field of justice, freedom and security in order to ensure the rule of law and respect for human rights and fundamental freedoms;

6) introduction of conditions for closer cooperation in other areas of mutual interest.

In its turn, the Advisory Group on Sustainable Development is a team of experts from Ukraine’s economic sectors working to educate and educate all the EU integration leaders from planning to monitoring and evaluation. It was created taking into account the criteria used to form the European Party Advisory Group. Today, it comprises about three dozen organizations, and the Group itself is open to dialogue and membership.

In addition to the active involvement of the public in European integration issues, the Agreement provides for a number of other requirements for Ukraine.

In particular, the Government’s Action Plan for the Implementation of the Association Agreement establishes clear terms and responsibilities of the authorities for performing specific tasks for the implementation of the Agreement. The Special Action Plan approved by the Government, developed by the Government Office for the Coordination of European and Euro-Atlantic Integration together with the Ministry of Economic Development and other ministries, aims to improve the efficiency of coordination and promotion of the European integration process. It is a large-scale document of 1199 pages. It formulates 1943 tasks covering 27 spheres. 106 authorities of Ukraine are responsible for the tasks. Each of these tasks corresponds to a separate article of the Agreement or implements certain Acquis of the European Union.

As an example, the tasks to be accomplished by Ukraine include:

The problem of the absence of zero tolerance for corruption manifestations, which causes its widespread spread, is separately noted. The international community is concerned about this state of affairs and is offering Ukraine a number of upgrades that are indispensable for implementation.

However, many issues have not yet been resolved, despite the fact that the agreement officially came into force on September 1, 2017.

In particular, given that the Deep and Comprehensive Free Trade Area is being applied provisionally from 1 January 2016, Ukraine should already have fulfilled its obligations in at least four sectors as of early 2019, according to the timetables set out in the Agreement. Accordingly, the conditions for the adoption of EU decisions on the integration of Ukraine into the internal market in these sectors should have already been created, namely:

That is, the “European” future of Ukraine still remains a veil, despite the long-standing European integration course. Although much has already been done on the path to a united Europe by the Ukrainian state, this is not enough to become a full-fledged EU member state in the near future. Ukraine needs to demonstrate real success in the political, socio-economic modernization of society thereby establishing themselves as an authoritative, powerful and competitive state.

All of the above makes it possible to formulate the conclusion that European integration is a dynamic, continuous process of development of national legislation in line with political, social and financial and economic transformations on the basis of the established standards of peace, security and resource balancing within the “single territory” – European civilization space.

Ukraine’s efforts to become a full member of the EU date from the start of its declaration of independence and continue to this day, since the signing of the Association Agreement does not guarantee Ukraine’s accession to the EU. The country has not yet solved a number of problematic issues in almost all spheres, which in turn impedes the implementation of EU social and economic values.