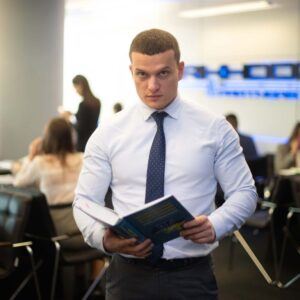 As you know, the technical perfection of the acts adopted by him depends on how competently the legislator uses the means of legislative technique and especially definitions in his activity. This is crucial for the prevention and combating of corruption, as European integration processes require Ukraine to review and improve the domestic mechanism for implementing such activities on the basis of international anti-corruption standards.

And it depends on the correct semantic definition of the basic definitions how the reflected phenomenon realizes itself, its essence is demonstrated, there is a separation from other objects.

In order to determine which of these terms in Ukraine is the eradication of corruption, we consider it necessary to investigate the terminology of the legislation in this field.

In particular, the term “prevention”, in general, is used in legislation:

1) to reduce the number and harmfulness of a phenomenon (for example, for the environment);

2) as a system of measures aimed at eliminating the legal, social and other causes of a certain phenomenon, preventing them and the emergence of negative social consequences (eg, homelessness and homelessness);

3) as preparation and implementation of a set of legal, socio-economic, political, organizational and technical, sanitary and hygienic and other measures, risk assessment, early response to the threat (eg, emergencies);

4) a system of measures carried out by executive bodies, local governments, enterprises, institutions and organizations, as well as citizens of Ukraine, foreigners and stateless persons who are in Ukraine legally, and aimed at raising public awareness of the forms, the causes and consequences of a particular negative phenomenon, the formation of intolerance towards it (for example, domestic violence; gender-based violence);

5) all requirements or measures to avoid or limit adverse events (eg, hazards in the enterprise);

Specialized interpretation of the phenomenon of prevention of corruption is provided in the Model Law “On the Fundamentals of Legislation on Anti-Corruption Policy“ of 15.11.2003, which states that it is the activities of anti-corruption policy, aimed at identifying, studying, limiting or eliminating or contribute to their spread.

The current Law of Ukraine of 14.10.2014 №1700-VII “On Prevention of Corruption“ has no similar or equivalent interpretation of the analyzed phenomenon, and therefore we consider it appropriate to supplement this definition in the following form:

“Prevention of corruption – the activities of public administration, as well as citizens of Ukraine, foreigners and stateless persons who are in Ukraine legally, aimed at identifying, studying, limiting or eliminating the phenomena that give rise to corruption offenses or contribute to their spread.”

Currently, the legislation establishes a number of provisions, which in content are restrictions and prohibitions of certain types of behavior of officials, and by their purpose are means of preventing corruption. It is necessary to know, understand and adhere to such provisions in your daily activities. In addition, the legislation sets out a number of requirements and procedures aimed at preventing corruption. All these tools constitute a set of anti-corruption mechanisms that act as “barriers” to the commission of corruption offenses.

In turn, the term “counteraction” is used by the legislator in the following meanings:

1) a system of measures carried out by executive authorities, local governments, enterprises, institutions and organizations, as well as citizens of Ukraine, foreigners and stateless persons who are in Ukraine legally, and aimed at ending the negative phenomenon, providing assistance and protection of the victim, compensation for the damage caused to him, as well as the proper investigation of cases, and prosecution of offenders (eg, domestic violence, gender-based violence);

2) activities aimed at preventing (preventing) or impeding the implementation of illegal activities (for example, computer attacks);

3) a system of measures aimed at overcoming the negative phenomenon by preventing and combating it and providing assistance and protection to victims (eg trafficking in human beings).

However, the current Law of Ukraine of 14.10.2014 №1700-VII “On Prevention of Corruption“ also has no interpretation of the analyzed phenomenon, and therefore we consider it appropriate to supplement this definition as follows:

“Countering corruption – the activities of anti-corruption and law enforcement agencies aimed at identifying corruption offenses, their proper investigation, prosecution of offenders, as well as the protection of persons harmed by corruption.”

Finally, it should be noted that such a term as struggle is used by the legislator in the meaning of activities to prevent, detect, stop, minimize the consequences or as a system of measures taken in the framework of counteraction and aimed at detecting crime, including unfinished, victims of this, identification of the subjects of the crime and bringing them to justice.

Legislative emphasis on the prevention of corruption is due to the priority of preventive measures – effective action of statutory preventive anti-corruption mechanisms, which increases the level of legal awareness of citizens, reduces the risk of violation of their fundamental rights and freedoms in everyday life, and promotes intolerance of corruption. Because the application of repressive anti-corruption legislation aimed only at punishing public servants, without eliminating the factors that feed and generate corruption, does not lead to any tangible results in reducing its level.

Thus, the terminology of legislation in the field of preventing and combating corruption is imperfect and requires legislative revision. Legislation appeals to such terms as “fight”, “counteraction”, “prevention” of corruption, but there is no official definition. In this regard, we propose to enshrine in the current Law of Ukraine dated 14.10.2014 № 1700-VII “On Prevention of Corruption“ the interpretation of these terms.