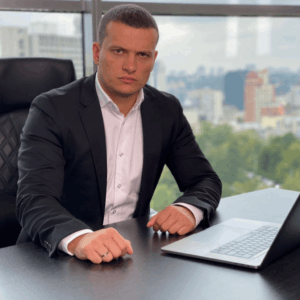 Introduction. The development of Ukrainian administrative law is characterized not only by the development and adoption of legal acts, but also by the introduction into legal circulation of new categories (concepts). This is due to the dynamic development of social relations, the construction of a legal, democratic and European state, where man, his life and health, inviolability and security are recognized as the highest social value.

All this requires a review of the existing system of public administration and bringing the latter to the European one. It should be noted that the category of “public administration” can not meet the needs of the science of administrative law and law enforcement practice, as it does not cover the full range of relations arising in the implementation of public functions by public authorities in general and anti-corruption relations in particular.

The article is devoted to clarifying the terminological side of the concept of “public administration in the field of preventing and combating corruption in Ukraine.”

Many scientists, both domestic and foreign, have turned their scientific research to the problem of defining the concept, content, essence and structure of public administration. In particular, they are V. Averyanov, V. Bevzenko, A. Bukhanevich, B. Danylyshyn, O. Jafarova, N. Kamenska, T. Karabin, V. Kolpakov, T. Kravtsova, V. Malinovsky, S. Masyondz, R Melnyk, M. Mikhrovska, I. Paterylo, A. Pukhtetska, A. Solonar, A. Sungurov, Y. Fomin, S. Chernov, O. Cherchaty, and others.

However, their scientific research was not addressed to the systematic analysis of the topics declared for consideration, but concerned general or related aspects.

The analysis of the domestic legal literature shows that in recent times there have been pronounced tendencies to update the categorical apparatus of the science of administrative law. In this case, we are talking about the use of Ukrainian authors in their works such concepts as “public law”, “administrative services”, “administrative procedure”, “delegation of authority” and so on. One of such new concepts is the category of “public administration”.

So let’s try to analyze the essence of the term “public administration” in terms of transformational substitutions of obsolete categories.

In particular, the core of the concept of “public” is “common, accessible to all, serving all.” And the word “administration”, which comes from the Latin ministrere (“serve”), indicates subordination to political power and service to the public interest.

In the general and undifferentiated version, “public administration” is, on the one hand, the implementation of public policy, and on the other – an academic discipline that prepares employees for this work. Of course, for the purposes of this study will analyze the content of the first understanding of public administration, which different authors and in different periods understand as “implementation or implementation of state policy by competent authorities”, based on the separation of policy and management, or covers all three branches of government. legislative and judicial, as well as their interaction, playing an important role in the development of public policy and, thus, are part of it.

Based on the analysis of a wide range of thematic professional sources, it is advisable to distinguish two conceptual approaches to the interpretation of the content of public administration as an organizational and legal entity: the so-called “broad” and “narrow”. Proponents of the “broad” concept of public administration usually suggest understanding the system of executive bodies, local governments, and other entities that, in accordance with the law, ensure the implementation of legislation in the public interest and are endowed with the prerogatives of public authority.

In Recommendation № R(84)15 of the Committee of Ministers of the Council of Europe to member states on public liability for damage, adopted on 11 September 1984 at the 375-th meeting of the Ministers’ Deputies, public authority (public authority) is understood as:

Nevertheless, the lack of legal consolidation of the interpretation of the analyzed term in the national legislation has a negative impact on its terminological essence. No less negative is the lack of the Concept of Public Administration Reform in Ukraine, because thanks to the creation of the institution of public administration, according to B. Danylyshyn, “the government should become closer to the needs and demands of citizens, and the priority of public policy should be to ensure the rights and freedoms of citizens. ». Based on this, according to the scientist, the main purpose of “developing the concept of public administration reform is to identify ways and approaches to create an effective system of public administration that will provide quality services to citizens at the level of European standards, and will be able to timely and adequately respond to socio-economic challenges. ” This understanding of the institutional principles of public administration obliges public authorities and local governments to become subjects of “serving the interests of society.”

It should be noted that since 2015, the Government and the Verkhovna Rada of Ukraine, with the active participation of Ukrainian and European experts, have laid the legal framework for reforming public administration in Ukraine, adopting a new Law on Civil Service with the necessary bylaws; Public Administration Reform Strategy of Ukraine for 2016–2020; Strategy for reforming the public financial management system for 2017-2020; The concept of introducing positions of reform specialists in ministries and other central executive bodies (CEBs); The concept of optimizing the system of central executive bodies.

Interpreting all the above material, we believe that the public administration in the field of preventing and combating corruption in Ukraine is:

All of the above makes it possible to formulate a conclusion that the public administration in the field of preventing and combating corruption in Ukraine is a holistic legal symbiotic-interdependent entity, which has a clearly distributed function between the subjects of its structure.

Accordingly, its structure consists of: