COST OF COSTS OF COURT COSTS AT LAW 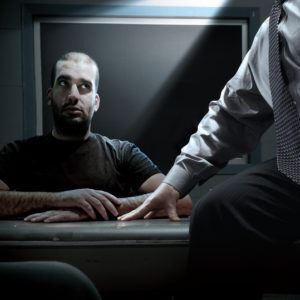 The issue of reimbursement of court costs for a lawyer is relevant not only for the parties, as it is their money, but also for the lawyers themselves, because it is their reputation. And while the introduction of the “lawyer’s monopoly” was perceived negatively by many, the changes in the procedural codes, which removed all the limits and barriers that existed before and provided for the possibility of full reimbursement of court costs for a lawyer, were positively assessed. Moreover, optimistic. After all, now it is possible to receive full compensation.

However, at present, the reimbursement of a lawyer is not as good as one would like. Courts, parties, and their attorneys seem to live at different times and often perceive and evaluate differently the cost of legal services and the cost, professional expediency, and reasonableness of professional legal aid. Sometimes it is absurd when courts calculate how many minutes a lawyer has been present at a court hearing and reduce the amount of costs on the grounds that the participation of a representative in a court hearing is not mandatory.

What do the courts pay attention to, to what extent do they award court costs and is it possible to obtain full reimbursement of court costs for a lawyer?

Procedural codes set conditional “guidelines” that the court must take into account when deciding on the reimbursement of professional legal aid. When deciding on the distribution of court costs for a lawyer, the court must take into account the following: whether these costs are related to the case; whether the amount of these costs is commensurate with the complexity of the case and the complexity of the work performed by the lawyer, the time spent by the lawyer to perform the work and the amount of services provided, the price of the claim, the value of the case for the party; the conduct of the parties during the proceedings; actions of the party regarding the pre-trial settlement of the dispute; whether the outcome of the case could have affected the party’s reputation and whether the case had aroused public interest.

Such vagueness and evaluative criteria lead to the fact that in some cases courts charge hundreds of thousands of hryvnias for the legal assistance of lawyers, while in others they either refuse to reimburse costs altogether or limit themselves to collecting rather symbolic amounts.

As a result, the most common motivation for courts to reduce costs is the disproportionate cost of legal aid with the complexity of the case, the time spent by a lawyer to perform the relevant work (services), the amount of work performed (services provided), the cost of the claim.

So how do courts assess the proportionality and reasonableness of costs and what do they pay attention to?

The complexity of the case

The codes do not say how to assess the complexity of the case and what to consider. Therefore, in practice, courts take different approaches to determining the complexity of a case. Some – pay attention to the subject of the dispute and the nature of the disputed legal relationship, others – take into account the number of participants in the process, the circumstances to be clarified, the evidence to be assessed, the amount of procedural documents. Sometimes courts take into account the total length of the proceedings, the number of court hearings, whether they took place with or without a summons.

Many participants can take part in the case, a large number of meetings can be scheduled, and the dispute and the case can be simple. Therefore, first of all it is necessary to take into account the essence of the case.

The complexity of the work performed

Like the “complexity of the case”, this criterion is just as evaluative and subjective, so in each case the courts evaluate it at their own discretion. Everything is taken into account – from the analysis of documents and legislation to the collection of evidence, preparation of procedural documents, participation in court hearings.

Procedural law does not contain clear criteria that the court must take into account when deciding on the reimbursement of court costs for a lawyer, and therefore we can only hope that the courts of cassation will formulate general approaches to the courts’ assessment of the proportionality and reasonableness of costs incurred by the parties. full reimbursement of court costs.