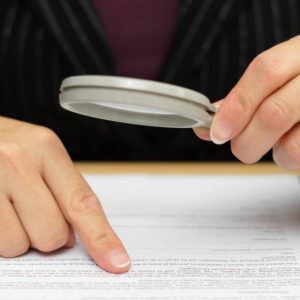 The issue of conflict of interest in advocacy is rather unexplored. However, advocacy itself in most cases is carried out in a conflict environment, which arises as a result of actions in the interests of the client and the corresponding opposition of the other party.

The legal literature expresses different views on this concept, but the legislator has clearly defined the definition in the Law of Ukraine “On Advocacy and Advocacy”, which means the conflict between the personal interests of a lawyer and his professional rights and responsibilities, the presence of which may affect efficiency or impartiality during the performance of his / her professional duties by a lawyer, as well as for his / her actions or non-performance during the practice of advocacy.

This Law has other provisions concerning conflicts of interest, in particular:

It should also be noted that the definition of this concept is reflected in the Rules, but in a slightly different, albeit similar interpretation: a conflict of interest should be understood as a conflict between the personal interests of a lawyer and his professional rights and responsibilities to the client. efficiency or impartiality in the performance of a lawyer’s professional duties, as well as the commission or non-performance of actions by him during the practice of law.

In essence, the difference between these definitions is in two words: “… in front of the client…”, but their presence forces us to consider this concept in a broader sense, compared to the Law of Ukraine “On Advocacy and Advocacy”. Yes, it additionally includes the following powers:

Thus, we can see that the narrow interpretation of the Law allows to understand the conflict of interests only as a conflict between the interests of a lawyer and his professional rights and responsibilities (Articles 20 and 21 of the Law “On Advocacy and Advocacy”), and not obligations to the client. .

Therefore, in our opinion, it is more appropriate to consider this concept within the framework defined by the Rules of Advocacy, although they are less significant in accordance with the hierarchy of regulations.