CONCEPT AND WAYS OF INVESTING STUDENTS ON ORDER 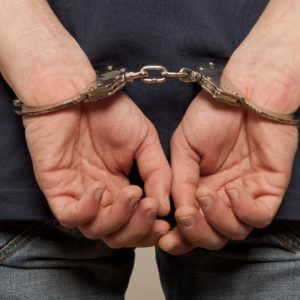 Recently in Ukraine, due to the economic crisis and the decline of most macroeconomic indicators, we can see the deterioration of the criminogenic situation. This can be determined not only by the growth of certain types of crimes, but also by changing the nature of crime as a whole.

There is a fairly high level of violent crimes, which indicates an increase in the social danger of criminals. According to
J. Hylynsky: “Violent crimes are directed against the most valuable thing for a person – his life, health, physical integrity and inviolability.” The social danger of this type of crime is expressed, first of all, in the fact that they encroach on basic constitutional rights, the most important social values ​​of citizens: life, health, honor and dignity, and in some cases lead to irreversible consequences – death.

Under the murder committed to order, should be understood as intentional deprivation of life of the victim, committed by a person (perpetrator) on behalf of another person (customer). Such a power of attorney may take the form of an order, instruction, and agreement, according to which the executor undertakes to take the victim’s life, and the customer – to perform in the interests of the executor certain acts of tangible or intangible nature or not.

Paragraph 15 of the Resolution of the Plenum of the Supreme Court of Ukraine № 2 states that liability arises only in cases where the intentional murder of a person is ordered, and not some other violent crime against him. If the customer instructed the victim to inflict bodily harm and the perpetrator intentionally killed the victim, the customer is liable for complicity in the crime he organized or committed the perpetrator, and the latter – for the crime he actually committed.

This type of particularly serious crime is small among the total number of premeditated murders, however, in recent years, the number of defendants for it has increased. According to official statistics reflected in the annual reports of the Prosecutor General’s Office of Ukraine, the number of contract killings in 2018 increased by 36% compared to 2016, which is a significant figure.

Conventionally, all contract killings can be divided into four groups, the basis of the division – the degree of organization of such killings, data on the identity of the victims and the scope of their activities: