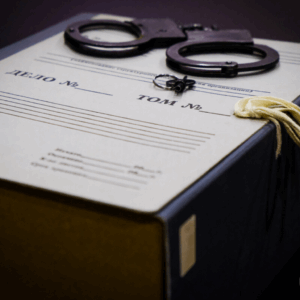 The website of our company has already published information about the horrible story of a citizen of the Republic of Cameroon, who due to a “mistake” of the law enforcement system was suspected of attempting a particularly serious criminal offense and spent 6 months of his life in a Ukrainian prison.

It is even difficult to imagine what a person who speaks only French and English, and does not understand the state language at all, or more or less like ours, had to go through during this time.

The consequences are glaring. A citizen of the Republic of Cameroon studied in one of the higher educational institutions of the city of Kharkiv for several years before being detained on a “fabricated” case. At the end of 2019, he was supposed to receive a diploma in his specialty, but this did not happen because the “suspect” was in the Kyiv remand prison. Years of training spent on this, efforts were canceled by decisions of law enforcement agencies and the court. Due to expulsion from the school, the person lost the right to stay legally in Ukraine and incurred legal costs in connection with the provision of legal assistance.

Thanks to the efforts and diligent work of the lawyers of the Law Office “Prikhodko and Partners”, the citizen of the Republic of Cameroon is at large and in the final stages of preparing a lawsuit for damages caused to the citizen by illegal actions of pre-trial investigation, prosecution and court.

According to the Law of Ukraine, damages are subject to compensation, in particular in the case of closing a criminal case for lack of corpus delicti.

A citizen has the right to reimbursement from the state budget:

Prikhodko & Partners Law Firm has spent tens of hours defending a suspect in a particularly serious criminal offense. This includes the endless preparation of complaints and objections, participation in court hearings, work in a pre-trial detention center, cooperation with the pre-trial investigation body, the Prosecutor’s Office and the Embassy of the Republic of Cameroon.

In this case, it is very difficult to assess the amount of non-pecuniary damage, because oppression, humiliation, mental suffering, disruption of daily life in prison, loss of the right to education can not have a monetary value.

And last but not least. According to the current legislation:

⟪ in case of illegal prosecution of a person, the procedure for compensation is obliged to explain the body of pre-trial investigation. ⟫

But of course there is no explanation. The case is closed, and such “suspects” as a client can appear almost every day.

We will inform you about the progress of this lawsuit. The fun is just beginning. Follow our news.