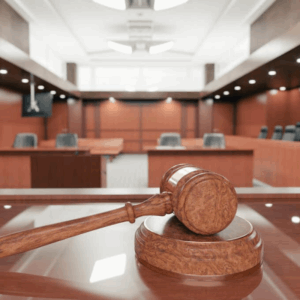 Article 208 of the Criminal Procedure Code of Ukraine regulates the procedure for detention by an authorized official. Part one of the aforementioned article states that an authorized officer has the right, without the order of the investigating judge, to detain a person suspected of committing a crime for which imprisonment is punishable only in three cases:

1) if the person was caught while committing a crime or attempting to commit it;
2) if, immediately after the commission of the crime, an eyewitness, including the victim, or a combination of obvious signs on the body, clothing or scene indicate that the person has just committed the crime;
3) if there are reasonable grounds to believe that an escape is possible in order to evade the criminal responsibility of a person suspected of committing a grave or particularly grave corruption offense referred to by law by the National Anticorruption Bureau of Ukraine.
Despite the sufficiently detailed regulation of this type of detention, authorized persons often do not adhere to the procedure established by the CPC of Ukraine and give grounds for challenging their actions. The recognition of such acts as unlawful may, inter alia, admit evidence obtained during the detention process to be inadmissible. Therefore, it is important to know how to justify and with reference to what grounds you can challenge the detention of authorized persons.

In jurisprudence, the most frequently challenged:
– grounds for detention: the legal grounds for detention are specified in Part 1 of Article 208 of the CPC of Ukraine. It should be borne in mind that under this article an authorized officer has the right to detain a person suspected of committing a crime for which imprisonment is punishable. Thus, the detention in the order of Art. 208 of the CPC of Ukraine, for example, of a person suspected of committing a crime under Art. 125 of the Criminal Code of Ukraine (intentional slight bodily harm) will be illegal, since no punishment of imprisonment is provided for this crime. The validity of the reason for the detention should also be checked. The ECtHR’s Korneikov v. Ukraine decision states that both the legal and factual reasons for the detention should be stated during the detention. Thus, the reference in the protocol to only one of the grounds listed in Part 1 of Art. 208 of the CPC of Ukraine is insufficient;
– detention registration: requirements for the detention protocol are contained in Art. Art. 104 and 209 CPC of Ukraine. Non-documentation of such information as the date, time and place of detention of the person, his or her name, the reasons for detention, and the name of the detainee shall be considered contrary to the requirement of legality and the very purpose of Art. 5 ECHR (Case “Kurt v. Turkey” of 25.05.98). Therefore, wrongful registration of the detention is grounds for his appeal;
– detention procedure: use of violence – a common ground for satisfying complaints of unlawful detention. In case of visible injuries, the lawyer fixes them with the help of photo, video devices, if they are absent – describes in detail all the damages that the client has in the protocol of complaint registration, indicating their size, location, color, etc.
– the period of detention: the period of detention of a person without the order of the investigating judge, the court may not exceed seventy-two hours from the moment of detention. Within sixty hours of detention, the person must be released or taken to court to consider a petition for restraint. If no suspicion is received within twenty-four hours of the actual arrest, the person shall be released immediately.

Thus, in the presence of these grounds, detention in the order of Art. 208 of the CPC of Ukraine can be challenged.