ADOLESCENT CRIME. AGE FROM WHICH CAN BE CRIMINALLY RESPONSIBLE. SHOULD PARENTS BE RESPONSIBLE? 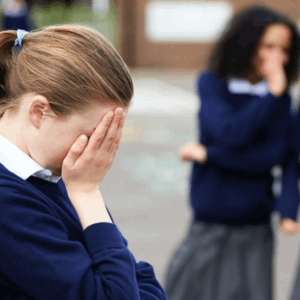 Unfortunately, we increasingly hear from the media and social networks about violent, cynical violence among minors, “bullying” and other “child” crimes.

The other day, everyone witnessed a horrific crime in Nikopol, Dnipropetrovsk region, where minors became the main protagonists. I am convinced that not the least role in this was played by the lack of proper education, attention, care from loved ones. Also, we should not forget about the negative impact of social networks on the development of modern youth. More and more often teenagers publish videos with senseless and very dangerous actions. An example of this was the instant publication of a horrible video in the “story” of one of the most popular social networks.

Education begins at home. It is the parents’ responsibility to raise their children, both at home and outside the family. Formation of her personality, basic values ​​of good, creativity, truth, truth, tolerance, etc.

The question immediately arises: “ Is a minor subject to criminal prosecution? What punishment can he suffer? “

As a general rule, persons who have reached the age of 16 are prosecuted. However, in accordance with Part 2 of Article 22 of the Criminal Code of Ukraine, persons between the ages of 14 and 16 may be prosecuted for committing “criminal hooliganism”.

Taking into account the video in which the teenagers “documented” themselves 100%, the investigation should be carried out as quickly and efficiently as possible, and the result should be the sending of an indictment to court. When investigating a criminal offense, the investigator must immediately inspect the scene; with the obligatory participation of a lawyer to interrogate the victim, apply to the local court with a request for a forensic examination, in order to determine the severity of bodily injuries to the victim; to install a mobile phone on which the video of the fight was recorded, to inspect it, to recognize it as material evidence; attach a video recording to the materials of the proceedings; to recognize it as material evidence; to conduct its examination with the participation of witnesses; to inform three persons as accomplices on suspicion of committing a crime under Part 2 of Article 296 of the Criminal Code of Ukraine; to interrogate witnesses; to conduct an investigative experiment with the participation of suspects; to review the same video also with the participation of suspects.

Although Part 2 of Article 296 of the Criminal Code of Ukraine refers to minor crimes, in my opinion, a comprehensive psychological and psychiatric examination should be appointed to determine, including the level of development of minors. After conducting all investigative actions, draw up, approve an indictment with the prosecutor and send it to court for consideration on the merits.

I would like to draw your attention to the fact that criminal proceedings against minors are carried out exclusively with the participation of a lawyer.

What about the responsibility of parents whose children have committed a crime?

Criminal Code of Ukraine, namely Art. 166 provides for liability for willful failure of parents to fulfill their responsibilities for the care of a child or a person in respect of whom guardianship or custody has been established. The key component of this crime is the grave consequences. Severe consequences are an evaluation category that does not have a clearly defined list. In this case, the serious consequences can include the commission of a socially dangerous act, including harm to health.

To sum up, in my opinion, a sufficient and proportionate punishment for those guilty of this terrible fight would be to prosecute both the direct “perpetrators” and their parents.

Take care of your children! In order to protect your rights, apply for legal assistance to the law firm “Prikhodko and Partners” and I will provide you with quality, professional legal assistance.