ADMINISTRATIVE AND LEGAL STATUS OF PUBLIC ADMINISTRATION SUBJECTS IN THE FIELD OF PREVENTION AND COUNTERACTION OF CORRUPTION: THEORETICAL AND PRACTICAL 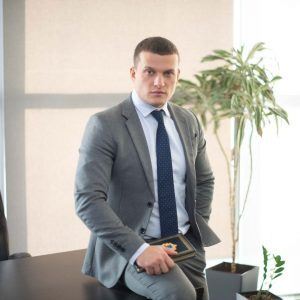 Introduction. The ambiguity of scientific and legislative variations in the interpretation of the term “administrative and legal status” encourages scientists to new scientific research, the main purpose of which is to clarify the basic functional capabilities and boundaries of the power space of a particular public entity in the field of public relations, including in the field of preventing and combating corruption.

Understanding that the public administration in the field of prevention and counteraction of corruption in Ukraine is an integral legal symbiotic-interdependent entity, which has clearly distributed functions between the subjects of its structure, the classification gradation of such subjects can be represented, in particular, in such in the form of:

3) specially authorized bodies in the field of anti-corruption – bodies of the Prosecutor’s Office and the National Police, NAPC, DBR, ARMA;

4) implementers of anti-corruption policy – state bodies, their subordinate bodies which are obliged to implement a specific anti-corruption measure; private sector enterprises, as well as individual citizens or their associations – by consent;

5) anti-corruption policy makers – NAPC and the Cabinet of Ministers of Ukraine;

Accordingly, its structure consists of:

1) public authorities, their structural subdivisions and their delegated representatives;

That is why, within the framework of this study, we will try to clarify the theoretical and practical essence of the concept of “administrative and legal status” in the context of the specified public administration.

In the context of global transformations of the doctrine of administrative law, its re-profiling to today’s conditions, where servitude, as a leading feature of the state, intensified research in the administrative and legal status of entities that administer the main spheres of state and society. Among a number of scientists whose works were devoted to this issue, we should highlight such as V. Averyanov, S. Alekseev, O. Altunina, N. Vitruk, O. Gumin, V. Hutsul, A. Zubko, S. Kivalov, V. Kolpakov, B. Lazarev, O. Meshcheryakova, S. Pogrebnyak, E. Pryakhin, M. Rivis, J. Savitsky, S. Stetsenko, Y. Tikhomirov, O. Kharitonova, M. Shilenko, D. Schultz, and others.

However, their scientific research was not addressed to the systematic analysis of the administrative and legal status of the subjects involved in the process of overcoming and preventing corruption, but concerned general or related aspects.

Before proceeding directly to the analysis of this issue, we consider it necessary to define the subject area of ​​administrative law, because as noted above, in today’s conditions there is a need to rethink certain categories of administrative science in particular, and legal in general.

It is well known that the right is divided into public and private. It is a multifaceted doctrine that has both purely theoretical and practical value. In theoretical terms, it is a classification of the conceptual order, which relates to the very foundations of law, its place and role in people’s lives, its defining values. Public and private law are characterized as qualitatively different branches of legal regulation, two different “legal continents”, two different “legal galaxies”, a kind of legal Montecchi and Capuletti.

However, the subject of administrative law in pre-revolutionary times, in the Soviet period and today was and remains one of the most difficult theoretical, methodological and practical issues of this branch of public law. And this is no accident: studying (in a broad sense) the problems of government, its manifestations, relations with citizens, administrative law to some extent, having a certain backbone, formulated in the XIX century, “doomed” to frequent changes (modernization, renewal) of its subject. In particular, the transition from the model of totalitarian government to the recognition of human goods, values ​​and needs as a priority of public policy has necessitated the implementation of regulatory processes not only by the state but also with the help of other non-governmental institutions.

Apart from that, for modern Ukrainian administrative law the definition of the subject is of a fundamental nature. Its establishment in accordance with the modern realities of state formation is an important step in the renewal of administrative and legal institutions and objective coverage of their role in deepening the processes of formation of the rule of law and civil society. It is crucial for the specification of the determinants of the separation of the industry in the legal system, the consolidation of relevant normative material, the systematization of public relations governed by administrative law.

In particular, with regard to the latter, it should be clarified that it is a collective term, which among its own specific features is endowed with a number of features that have a derivative character. Therefore, in order to define the concept of the researched concept in the field of prevention and counteraction to corruption, we consider it expedient to find out first of all the terminological and essential characteristics of the categories from which it originates.

In a general sense, status (from the Latin status – position, position) means the legal status (set of rights and responsibilities) of a natural or legal person. It is an abstract ambiguous term; in the general sense means a set of stable values ​​of the parameters of the object or subject.

In fact, such a legal concept as the legal status in which the specified science invests the interpretation is derived from the specified term. However, depending on the types of subjects, the legal status can contain a wide range of legal characteristics. Analysis of a significant amount of literature on the theory of state and law, constitutional law shows that the term “legal status” is used mainly in relation to such categories as “person”, “citizen”, “foreigner”, “stateless person”, “civil servant”. ie indicates the status (position) of an individual. The term “competence” is used for legal entities (including public authorities), which should be identical in meaning to the term “legal status”.

In turn, the derivative of the analyzed term is the sectoral concept of this phenomenon – administrative and legal status, which in theory is also revealed through the characteristics of its elements or through the competence of a particular subject of public administration.

Moreover, a significant problem in this aspect is the definition of the elemental composition of a single set, which reflects the desired truth.

By the way, not all rights enshrined in law characterize the administrative and legal status. These include only those that are provided by the rules of administrative law and are implemented in relations with public authorities, as administrative-legal relations exist only where one of the subjects is a subject of power. The same goes for responsibilities.

In turn, Yu. Kozlov believes that the legal status of public administration bodies finds its concrete expression in their competence. It sets out the tasks, functions, rights and responsibilities, forms and methods of activity of these bodies, ie their administrative capacity and legal capacity. For example, B. Lazarev interprets competence as a right and obligation to carry out certain activities. However, the exercise of such powers by law enforcement agencies is strictly limited by law. Establishing the competence of a governing body, the state authorizes it to carry out certain actions, limiting this activity to a certain framework.

Thus, interpreting all the above, we believe that the administrative and legal status of public administration is an abstract concept, which representatives of the doctrine of administrative law try to define a set of necessary prerequisites by which it is possible to describe the practical significance of a particular authorized entity. certain public security process.

The practical value of public administration in preventing and combating corruption in the relevant mechanism is different, due to the variety of their administrative and legal status (for example, public authorities, their structural units and their delegated representatives have the classic status of persons authorized to perform functions state or local government (and equated to them; individuals and public structures – special, ie as individual or, in cases prescribed by law – classic; representatives of international institutions – specific, within the framework of cooperation and technical assistance), and a combination of them legislative and regulatory capacity to perform an administrative action that has individual or public significance.

For all subjects of the studied public administration the main criterion for determining their status is: