ABOUT THE HIGHEST ANTI-CORRUPTION COURT 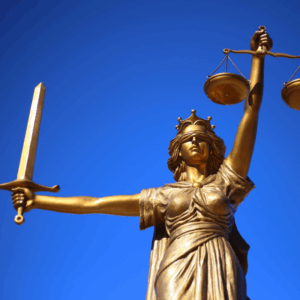 The work of the Supreme Anti-Corruption Court started in Ukraine on September 5.
The new body hears criminal proceedings under the jurisdiction of the National Anti-Corruption Bureau and the Specialized Anti-Corruption Prosecutor’s Office: both new and those already pending in other courts.

According to the Law “On the Supreme Anti-Corruption Court”, the WACS:
– administers justice as a court of first and appellate instances in criminal proceedings concerning crimes within its jurisdiction (jurisdiction) by procedural law, as well as by conducting judicial proceedings in cases and in accordance with procedural law. control over the observance of the rights, freedoms and interests of persons in such criminal proceedings;
– analyzes judicial statistics, studies and summarizes judicial practice in criminal proceedings under its jurisdiction, informs the Supreme Court about the results of generalization of judicial practice and provides it with proposals for conclusions on draft legislation relating to the organization and operation of WACS, special requirements for judges court and guarantees of their activities, as well as publishes them on its official website.
In accordance with the Criminal Procedure Code of the WACS, the defendants in criminal proceedings concerning:
1) such crimes in case of their commission by abuse of office:
– misappropriation, misappropriation of state property;
– theft, misappropriation, extortion of firearms, ammunition, explosives or radioactive materials (or taking them by fraud);
– theft, misappropriation, extortion of narcotic drugs, psychotropic substances or their analogues, as well as precursors (or taking them by fraud);
– theft, misappropriation, extortion of equipment intended for the manufacture of narcotic drugs, psychotropic substances or their analogues (or taking it by fraud) and other illegal actions with such equipment;
– violation of the established rules of circulation of narcotic drugs, psychotropic substances, their analogues or precursors;
– theft, misappropriation, extortion, damage of documents, stamps, seals, taking them by fraud;
– theft, misappropriation, extortion of weapons, ammunition, explosives or other ammunition, vehicles, military and special equipment or other military property, as well as their acquisition by fraud;
2) other crimes:
– misuse of budget funds, implementation of budget expenditures or provision of loans from the budget without established budget allocations or with their excess;
– bribery of an employee of an enterprise, institution or organization;
– abuse of power or official position;
– abuse of power by an official of a legal entity of private law, regardless of the organizational and legal form;
– abuse of power by persons providing public services;
– acceptance of an offer, promise or receipt of illegal benefit by an official;
– acquisition by a person authorized to perform the functions of the state or local self-government in the ownership of assets in a significant amount, the legality of the grounds for the acquisition of which is not confirmed by evidence (illegal enrichment);
– bribery of an official of a legal entity of private law, regardless of the organizational and legal form, bribery of a person who provides public services;
– an offer, promise or provision of illegal benefit to an official;
– offer, promise or provision of illegal benefit to a person who offers or promises (agrees) for such benefit or for granting such benefit to a third party to influence the decision-making of a person authorized to perform state functions;
– illegal seizure of property of the enterprise, institution, organization;
– legalization (laundering) of proceeds from crime;
– issuance of normative legal acts that reduce budget revenues or increase budget expenditures contrary to the law;
– compilation, issuance by an official of knowingly false official documents, introduction of knowingly false information into official documents, other forgery of official documents.
The following crimes must be committed:
– President of Ukraine, whose powers have been terminated, People’s Deputy of Ukraine, Prime Minister of Ukraine, Member of the Cabinet of Ministers of Ukraine, First Deputy and Deputy Minister, Member of the National Council of Ukraine on Television and Radio Broadcasting, National Commission for State Regulation of Markets financial services, the National Commission on Securities and Stock Market, the Antimonopoly Committee of Ukraine, the Chairman of the State Committee for Television and Radio Broadcasting of Ukraine, the Chairman of the State Property Fund of Ukraine, his first deputy and deputy, a member of the Central Election Commission, his first deputy and Deputy, Member of the Council of the National Bank of Ukraine, Secretary of the National Security and Defense Council of Ukraine, his First Deputy and Deputy,Permanent Representative of the President of Ukraine to the Autonomous Republic of Crimea, his First Deputy and Deputy, Adviser or Assistant to the President of Ukraine, Chairman of the Verkhovna Rada of Ukraine, Prime Minister of Ukraine;
– a civil servant whose position belongs to category “A”;
– deputy of the Verkhovna Rada of the Autonomous Republic of Crimea, deputy of the regional council, city council of Kyiv and Sevastopol, official of local self-government, whose position is referred to the first and second categories of positions;
Thus the size of a subject of a crime or the damage caused by it in five hundred and more times has to exceed the size of a subsistence level for able-bodied persons (1 003 500 UAH).
Other courts may not hear criminal proceedings for crimes within the jurisdiction of the High Anti-Corruption Court (unless the accused or victim is or was a judge or staff member of the High Anti-Corruption Court and the criminal proceedings fall within the jurisdiction of that court).