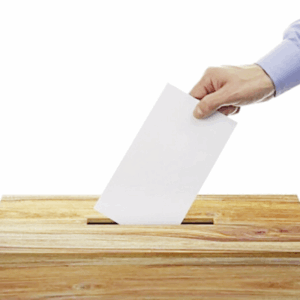 On November 15, 2019, Law No. 250-IX “On Amendments to the Law of Ukraine” On Local Elections “on Regulation of the Party’s Decision on Participation of Local Organizations in Relevant Local Elections” came into force.

If a political party has made a decision on the participation of its local organizations in the elections of deputies of the Verkhovna Rada of Crimea, regional, district, city, district in city councils, elections of mayors, such decision shall also indicate the name of the central governing body of the party, which will coordinate the decision of the meeting (conferences). the local organization of the party on the nomination of candidates for deputy, the candidate for the position of mayor from the local organization of the party in accordance with the requirements of this Law, as well as the surname, first name and patronymic (if any) to Party leaders authorized to certify with their signature a copy of the decision of a meeting (conference) of a local party organization to nominate candidates for a deputy, a candidate for mayor from a local party organization.

A party organization in the city, and in the absence of a party in the structure of a political party, a regional or republican organization in the Autonomous Republic of Crimea, according to the existing administrative and territorial structure, may nominate an election list of candidates for the respective district in the city council (with fixing no more than one candidate in the territorial election district for the election of deputies of the respective district council in the city).