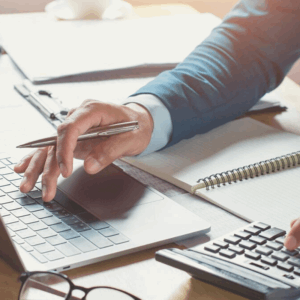 Tax legislation is based on the presumption of the legality of the decisions of the payer. However, in practice, tax officials are often inclined to interpret legislative norms in their favor. In such cases, the practical implementation of the above principle is possible only at the level of litigation. Let’s look at the latest judicial practice and find out what conclusions the courts now come to in the matter of correcting VAT errors!

The restriction on the supply of SD. Recall: URs may not always be served. According to paragraph 50.2 of the TCU, the payer does not have the right to submit SD during documentary scheduled and unscheduled inspections. This prohibition applies to UR to declarations filed by the payer for any audited reporting (tax) period for the relevant tax and collection.

In practice, tax officials tend to interpret this ban very broadly. As the analyzed judicial practice testifies, often clause 50.2 of the TCU becomes a formal reason not to accept SD submitted by the payer in a wide variety of situations.

The Supreme Court notes: paragraph 50.2 of the TCU limits the right of the payer to submit SDs only during documentary (paragraph 75.1.2 of the TCU) scheduled and unscheduled inspections and only to tax returns that are checked. That is, if you need to submit SD to the VAT return, this can be done even during a documentary check if the object of the check is NOT VAT.

In addition, the restriction established by Clause 50.2 of the TCU does not apply to desk audits (Clause 75.1.1 of the TCU).

Also, Clause 50.2 of the TCU does not apply to cases when the SD has been submitted to the tax return and for the period covered by the audit after the audit. In particular, in the decision of the Supreme Court of 08.21.2019 in case No. 805/4187/16-a, the judicial dispute concerned such a situation. After the verification, the payer began the administrative appeal procedure of her conclusions (according to paragraph 86.7 of the TCU) and at the same time filed the SD. The tax authorities refused to accept this UR, referring to paragraph 50.2 of the TCU. The Supreme Court took the side of the payer and noted that paragraph 50.2 of the TCU limits the right to submit SDs only for the duration of the documentary audit (which ends with the date the act was drawn up), but does not deprive the payer of the right to do this after its completion.

Change direction of a negative value. According to paragraph 200.4 of the TCU, the negative value of the object of VAT (in the absence of a tax debt for VAT): is either reimbursed by “live” money, or credited to the tax credit of the following reporting periods. For this, the declaration provides for lines 20.2.1 and 20.3, respectively.

Assume that the requirements established by paragraphs. “B” p. 200.4 of the TCU in order to receive a budgetary reimbursement of “living” money, are observed. Therefore, the payer has the right to distribute his negative value between lines 20.2.1 and 20.3 as he pleases. Tax specialists in ЗІР 101.25 with reference to paragraph 5 of Sec. IV of Order No. 21 allow for changes in the direction of the agreed budgetary reimbursement with the help of SD (i.e., transfer within line 20.2), however, they reject the possibility of using the SD to transfer the amount of such reimbursement to line 20.3 (deferred tax credit).

Also, the tax authorities do not see any reason for SD and in the case when the payer, on the contrary, wants to declare a negative value for compensation specified in line 20.3 in the SD (see another consultation from ЗІР 101.25).

The Supreme Court rejects the arguments of the tax authorities and notes that the right to submit SD is limited only by: (1) the statute of limitations (Article 102 of the Tax Code); (2) at the time of documentary checks (paragraph 50.2 of the TCU). At the same time, the norms of the TCU do not provide for restrictions on the correction of errors in any line of the declaration (see the decision of the Supreme Court of August 15, 2019 in case No. 810/3640/15).

SD after VAT unregistration. Assume that the VAT registration of the payer is canceled. Can he then submit SD to the periods when he was a VAT payer? Taxes in ZIR 101.03 categorically reject such a right of a former VAT payer.

And what does judicial practice say about this? It seems that the Supreme Court also agrees that a person who is excluded from the Register of VAT payers does not have the right to clarify VAT reporting. At least in the decision of the Supreme Court of 10.23.2018 in case No. 817/2499/14, the court does not object to this conclusion of the tax authorities.

In addition, in the same ruling, the Supreme Court confirms yet another conclusion of the tax authorities. Namely: if in the last VAT period the payer has a negative value that is credited to the tax credit of the following periods (line 21 of the declaration), then after the VAT unregistration such a negative value simply “burns out”.

Just as the tax authorities said earlier (ZIP, 101.25, expired on 01.01.2017). Indeed, the right to a refund after VAT-registration can arise only at a negative value that is claimed for reimbursement (paragraph 184.9 of the TCU).

The former VAT official will have to say goodbye to the remaining negative value, because it is carried over to the next VAT periods, which will never be.

The aforementioned resolution considers the situation when the payer had the right to budget compensation for a negative value, but did not use it. In such circumstances, after the VAT deregistration, the person was no longer able to file the SD and claim a budget refund. Therefore, this negative value has become irrevocable financial assistance for the budget.

True, there is one “but”. There are many cases when tax authorities decide to retroactively register VAT. For example, the Second Court of Appeal in a ruling of July 18, 2019 in case No. 480/300/19 faced the following situation. The decision on VAT unregistration was dated November 30, 2018, and sent to the payer (and ended up in the SFS database) on December 10, 2018. On the same day, December 10, 2018, the payer submitted the SD. In such circumstances, the court doubted that as of November 30, 2018, a decision on VAT deregistration generally existed, and recognized the right of the payer to submit SDs later than the formal date of VAT deregistration.